When I saw Cheerios in my parent’s pantry, my stomach dropped to the floor, steam came out of my nose and I almost flipped a lid. But then I reminded myself that my Dad who bought this very popular cereal isn’t on Facebook, so he hadn’t seen my posts about how Cheerios can contain several different GMO ingredients nor had he seen that I was actively involved in a campaign as a Steering Committee member of GMO Inside to get GMOs removed from Cheerios.

It wasn’t his fault that he was buying this stuff, he was in the dark, like many of us still are. I mean, this cereal is even sold at places like Whole Foods for goodness sakes! It is estimated that 6.4 million people in the US start their day with a bowl of Cheerios. Geez.

Cheerios is one of the first solid foods introduced to most children when they start to eat. To expose our children and ourselves to GMOs is a big mistake, considering all the health implications that are being seen with their introduction to the food supply.

The commercials talking about how wholesome Cheerios are and how your grandparents ate Cheerios and how they are the same today make me want to hurl something at the TV because they are all marketing lies. Cheerios have been in fact changed through out the years to include genetically engineered ingredients. These ingredients were added after it was introduced into the United States & Canada sometime after 1996, right under our noses.

The report titled “Deception at General Mills: The Real CSR Report” by Green America & GMO Inside revealed a startling comparison. Take a look at what Cheerios was made with in 1945 and what it is made with now:

General mills claims to manufacture wholesome and healthy products when, in reality, its brands have changed over time to include GMOs. While General Mills promotes Cheerios for its use of whole grain oats, stating, “the whole grain oats in Cheerios cereal are natural,” it is silent about the fact that many of the other ingredients in Cheerios sold in the U.S., including modified corn starch, sugar, vitamin e, canola, and natural flavors, are at high risk of being genetically modified. 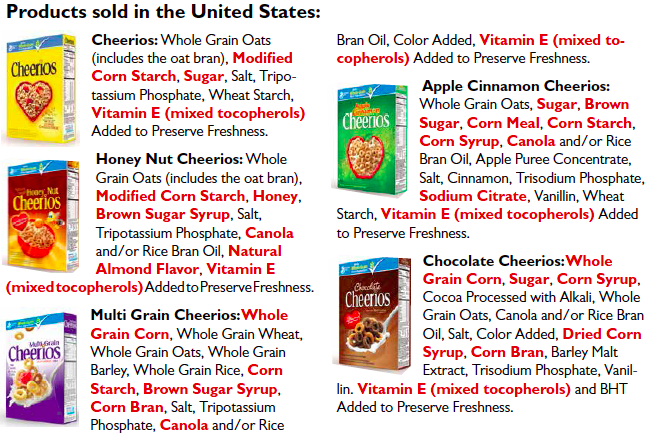 When Europe decided to enact GMO labeling, General Mills voluntarily removed GMOs from all their Cheerios products overseas. The report details out the difference in ingredients and exposes General Mills for exploiting Americans & Canadians by using GMOs here but not in Europe. This is the same stuff Kraft pulled with their Macaroni & Cheese, when Europe enacted GMO labeling. Instead of labeling their European products with “contain genetically engineered ingredients” – they voluntarily took the GMOs out and replaced them with natural conventional ingredients.

Take a look at some example Cheerios products from Europe below – none of them contain GMOs. This makes you wonder how you can trust a company that is feeding our friends across the pond safer foods, while feeding us untested and harmful ingredients back home – and to their own fellow citizens! Is it too much to ask the same for us in the United States of America? How much do our sickness, obesity, and mortality rates have to worsen before they respond to us? 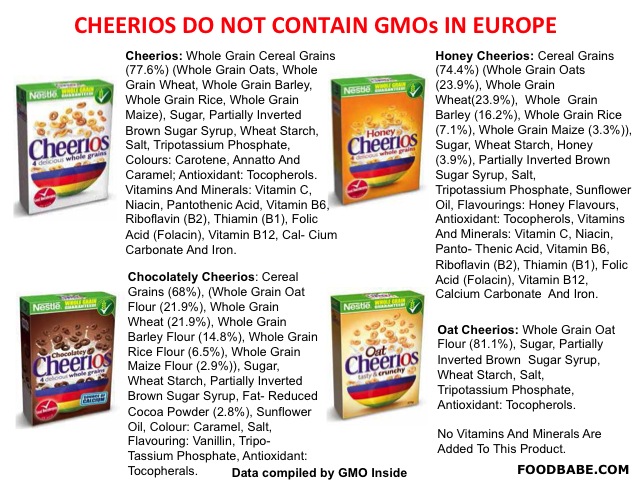 Adding insult to injury, General Mills has spent $1.1 million to oppose GMO labeling legislation in CA, thus perpetuating consumer deception.  In Washington State, General Mills is covertly funding the campaign opposing labeling initiative 522 through the Grocery Manufacturers Association (GMA). (Breaking – The GMA is getting sued for hiding the sources of these funds right now). General Mills’ CEO Ken Powell is the vice chair of the GMA, which to date has given $7.2 million to fight I-522.  Polls of Americans demonstrate that more than 93 percent support the labeling of GMOs. General Mills has ignored growing consumer concerns about GMOs and failed to even label their products that contain GMOs.  Instead, the company defends GMOs as safe and beneficial.

I understand many people have grown up with Cheerios and want alternatives and they are wondering what to do next considering this startling deception by General Mills. This chart below details out good alternatives to Cheerios that are both non-GMO and organic. It also shows you other brands that don’t make the cut. Please share with your family and friends and encourage them to stop buying Cheerios. 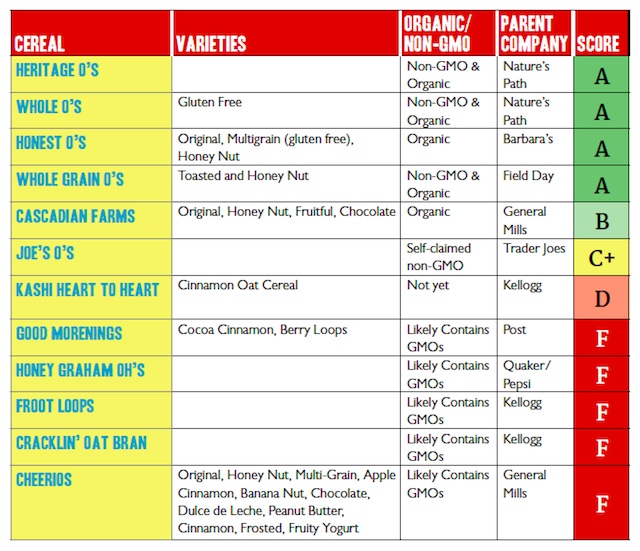 So what else can you do about this? Take at least one if not all of the actions below:

When you sign the petition, you are asking General Mills to be a leader by:

Holding these companies accountable is just as important as voting with our dollars.

If you know someone who might still be buying and consuming Cheerios – please share this post with them. And if you know anyone in Washington State, make sure you tell them how important it is to vote yes on 1-522!

Thank you for your support. You are the Food Babe Army – and I love you! 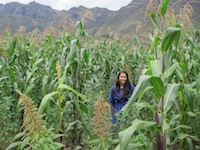 Coconut Avocado Fries – Decadent & So Good For You! 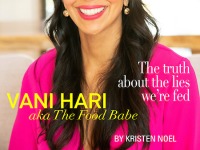 WATCH & LISTEN: How the food industry is lying to us (and what to do about it!)