I am completely astounded with the incredible work we are doing. I can’t thank you all enough for your amazing activism and support on our campaign to get BHT out of cereal! More than 30,000 of you signed this petition in the first 24 hours and we started making headlines and received some amazing news coverage: 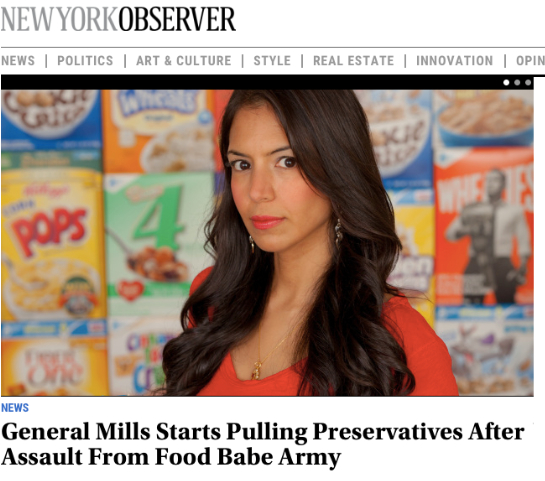 The President and Cofounder of the Environmental Working Group (EWG), Ken Cook, is thrilled as well and had this to say:

“Big food companies have abused America’s food system for decades and have had government watchdogs crate trained for years. They do it for money and without regard to people’s health. Now consumers have the power to crowdsource the kind of regulatory common sense we need to clean up our food. Vani Hari is in the vanguard of this movement. We congratulate her and the Food Babe Army on today’s victory and we look forward to more campaigns with her in the days ahead.” ~ Ken Cook, EWG

I still have not received a response to our petition directly from Kellogg’s or General Mills. But mere hours after our petition launched on Thursday, General Mills pounced to claim they are “well down the path” of removing BHT.

That’s record time! You are such a powerful force, Food Babe Army!

Just a couple weeks before launching the petition (on January 21st), General Mills emailed me back claiming BHT was completely safe and not to worry – arguing in the letter for its utmost safety! They told me, “Though its use is minimal, there have been several misunderstandings and concerns about the safety of BHT”.  They even admitted in the email that some research indicates that BHT enhances the effects of carcinogens, but maintained that the FDA is convinced that it has no adverse effect on human health. Not once did they mention any plans to remove BHT from their cereals. I knew what they were telling me about the safety of BHT was extremely misleading based on my research and EWG’s stance on that chemical, so I started a petition to get my voice heard. I had been writing about this additive since 2013 and clearly they were not listening.

General Mills is telling the media one thing, and their customers another.

The day after we launched the petition, General Mills customer service was still sending out emails claiming the BHT in their cereal is safe, with no mention of plans to remove it. I am surprised and a bit amused by General Mills claim that removal of this risky ingredient has been already in the works for a year. I understand from a business and legal perspective that this is their response, though I question the legitimacy of it taking so long to remove an ingredient they have already removed for citizens in other countries. They certainly can’t give us credit for the change publicly – that would make us way too powerful and admit fault on behalf of the company – something they would never do, especially when it comes to safety of an ingredient. Why is it taking so long for General Mills to remove a chemical they already don’t use in Europe? When will children get to stop eating this unnecessary but potentially harmful additive in their cereals?

I can’t help but wonder what’s going on behind closed doors at Kellogg’s right now.

Kellogg’s is telling reporters that they are “actively testing natural alternatives” to BHT. Again, they still haven’t contacted me directly, and I have been unable to confirm this information. We contacted Kellogg’s in the U.K. prior to launching this petition and Kellogg’s U.K. confirmed that BHT is not added to their cereals or to the packaging of any of their cereals in their country. In fact, they said they don’t use BHT in any of their products.

So, what “testing” is needed? Kellogg’s already sells these BHT-free cereals in the U.K.: 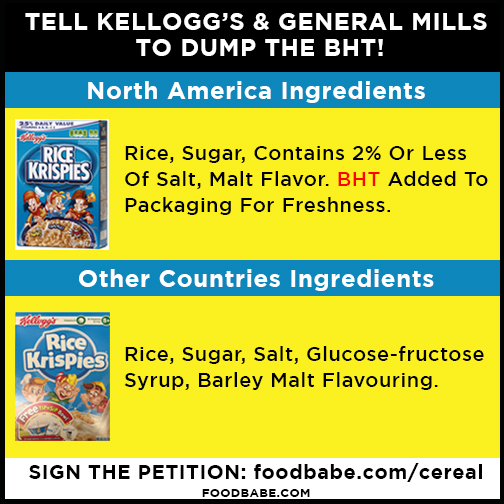 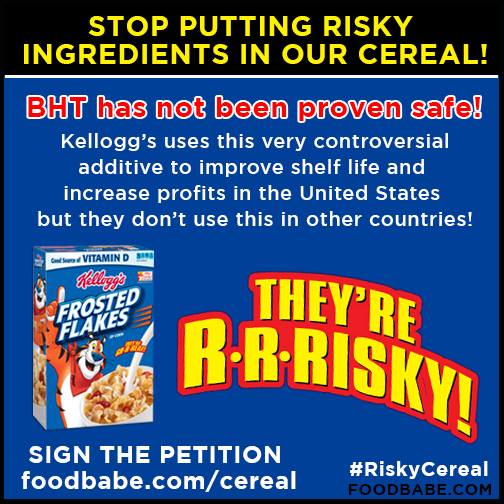 Without even going into the fact that those cereals are also free from artificial colors and GMOs, there is no reason to “test” natural alternatives to BHT. Kellogg’s formula is right there, tested and approved in the European market, and there’s nothing stopping them from providing these same BHT-free cereals here in the U.S. Why can’t they just send an email to their colleagues overseas and get the scoop? Seems kinda silly this is happening, doesn’t it?

Our next move: Ask Kellogg’s and General Mills to provide us with a date.

I am thrilled that both of these companies have apparent plans to get BHT out of their cereals. This is a huge win for the Food Babe Army! This shows how fast companies can react when we demand safer products together.  But they still have no explanation as to when this change will be made, and if they’ve truly been working on it, how much longer should this really take? They already know the formula, what else could they possibly need!? 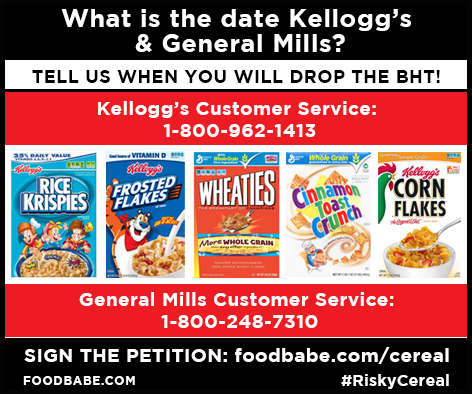 Until they remove the BHT, or announce the date that BHT will be removed, let’s keep this petition going and keep the pressure on. Ask your friends to sign the petition, contact them via phone, email, and on social media and ask them for a date:

One little phone call could make a huge difference for millions of children and Americans. I hope you can call today.

P.S. I’m heading to NYC today for the release of The Food Babe Way – I hope you’ll pick up your copy this week! It’ll be in stores everywhere starting Tuesday! (but if you pre-order before tonight at midnight – there are some amazing bonuses!). This book is full of investigations that you don’t want to miss! Supporting this book, supports this movement – so thank you! Get it here: 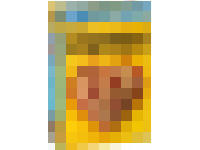 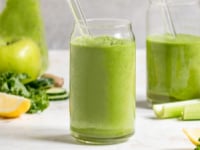 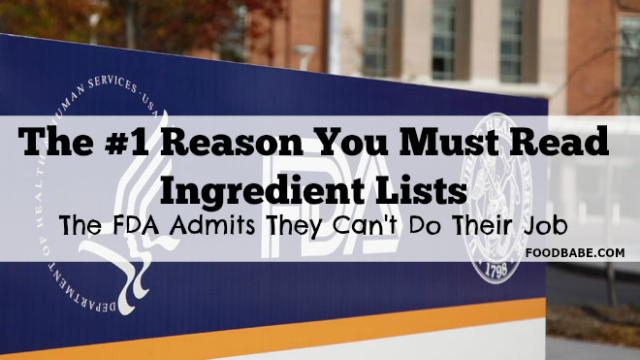 The #1 Reason You Must Read Ingredient Lists: The FDA Admits They Can’t Do Their Job

101 responses to “Kellogg’s & General Mills, It’s Time To Provide A Date! When are you dropping BHT?”