Last week I published my first investigation of the year, and exposed the ingredients that are in some Boar’s Head meats that you might be buying at the deli counter, like:

Many of you were surprised by this because you have never seen the ingredients in their deli counter meats and naturally assumed they used higher quality ingredients due to their marketing.

I also discussed how helpful it would be for consumers if Boar’s Head listed their ingredients online.

That’s because most packages of meat from the deli counter don’t have ingredients listed, which forces the customer to ask a busy deli worker for ingredients or call the company.

The feedback on this investigation has been intense.

So many of you have reached out to me personally and thanked me for this information. Likewise, many of you voiced your opinion on Boar’s Head facebook page and let them know that you were disappointed in their ingredients and that you hope they improve their products.

While I am on the front lines, willing to take one for the team and let my name be dragged through the mud (including experiencing some threatening situations) – many of you also have been insulted, called horrible names, and personally attacked for simply asking Boar’s Head to be more transparent about their ingredients and remove additives from their deli meats that have been linked to health issues.

I filmed a video on Facebook Live to give you my take of what’s going on with specific real life examples, which I encourage you to watch here.

I don’t think it is acceptable for any business to allow the despicable and horrendous abuse and bullying that has continued to take place on their facebook page.

1/13/2016 Update: After posting this new information last night, Boar’s Head decided to start moderating their Facebook page and deleted most of the abusive posts (thank you!), but also deleted all legitimate customer concerns and feedback about their meat. You can now see only praise for the company that is coming from an astroturf Facebook page that is run by an anonymous profile. If you’ve left a comment about their ingredients and don’t see it on their page – try calling them at 1-800-352-6277 to get your voice heard.

I continue to be appalled at the people trying to stop this transparency and removal of unnecessary ingredients in our food. All you have to do is ask yourself – who would want their meat colored with artificial caramel color linked to cancer? The answer to that question, is exactly who you think it is.

Don’t let this PR spin machine stop you from sharing the truth. We all deserve to know what we are putting in our bodies. And with that – new ingredient information about Boar’s Head is finally being revealed thanks to a courageous reader! 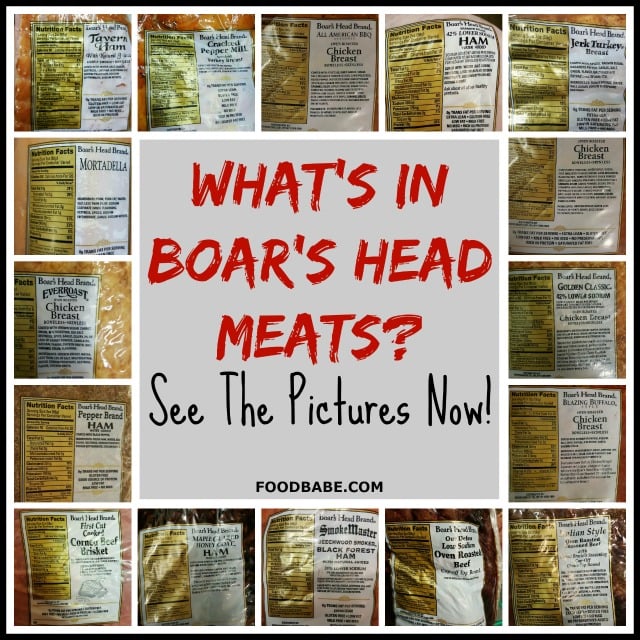 This weekend, I received an awesome email from a reader that manages a supermarket deli and she told me:

“I am excited about this investigation. I have been frustrated about boars head in particular for a long time. All the other deli meats you know are bad for you. But boars head fools everyone into thinking they are eating healthy.”

She also sent over a ton of ingredient pictures!

When I buy meat, I usually buy one ingredient organic meat that isn’t full of additives. I don’t know about you, but I don’t think higher quality meat should have ingredients like these…

The ingredients speak for themselves… 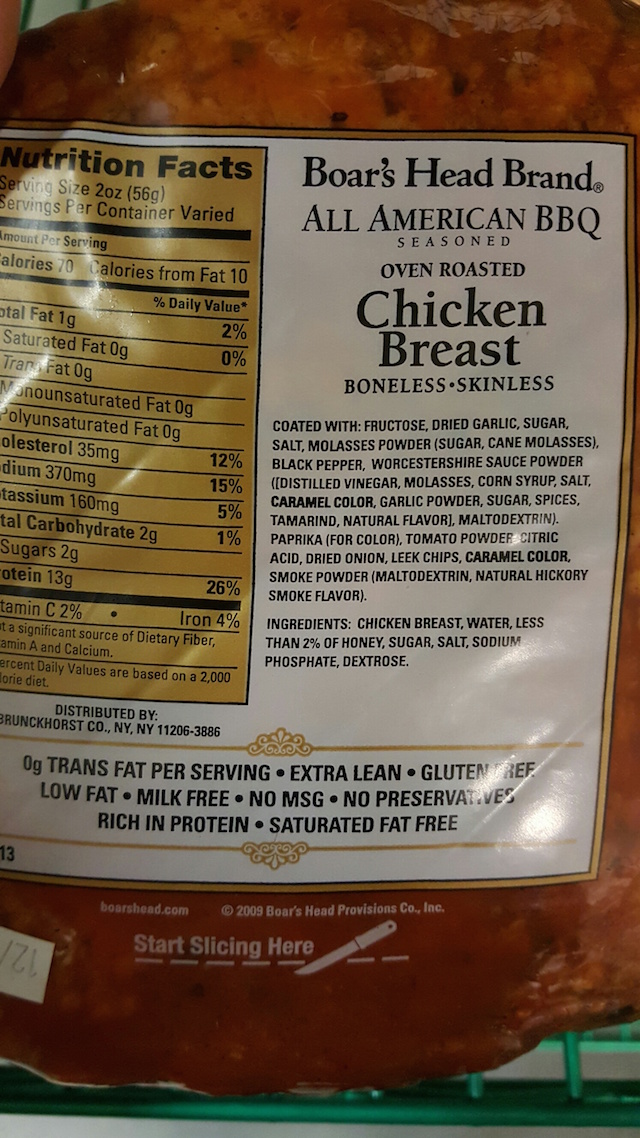 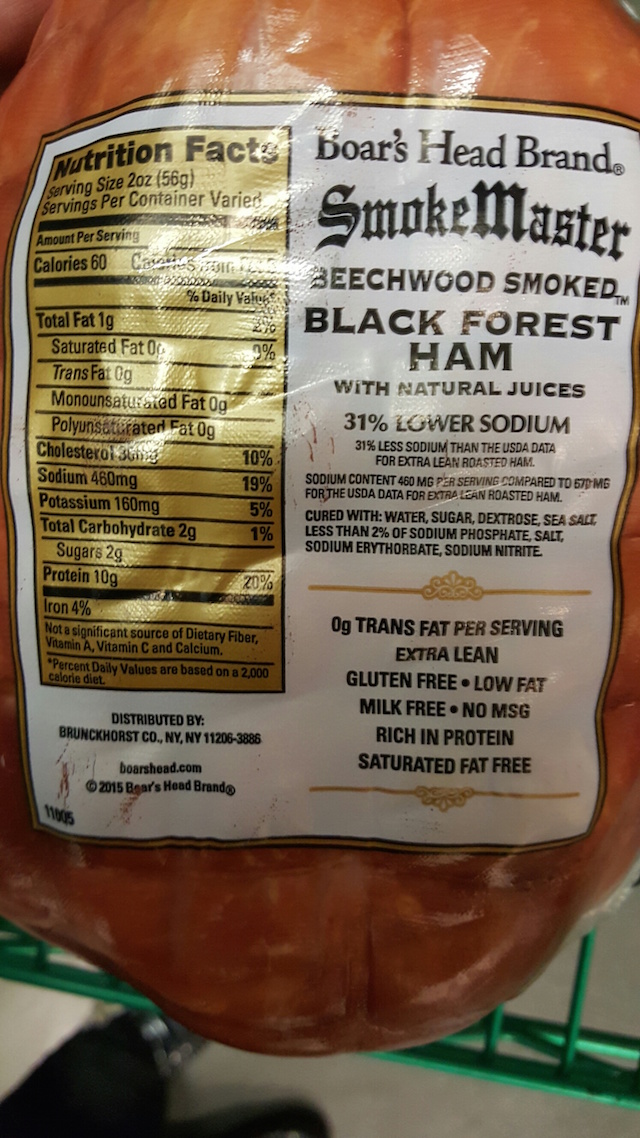 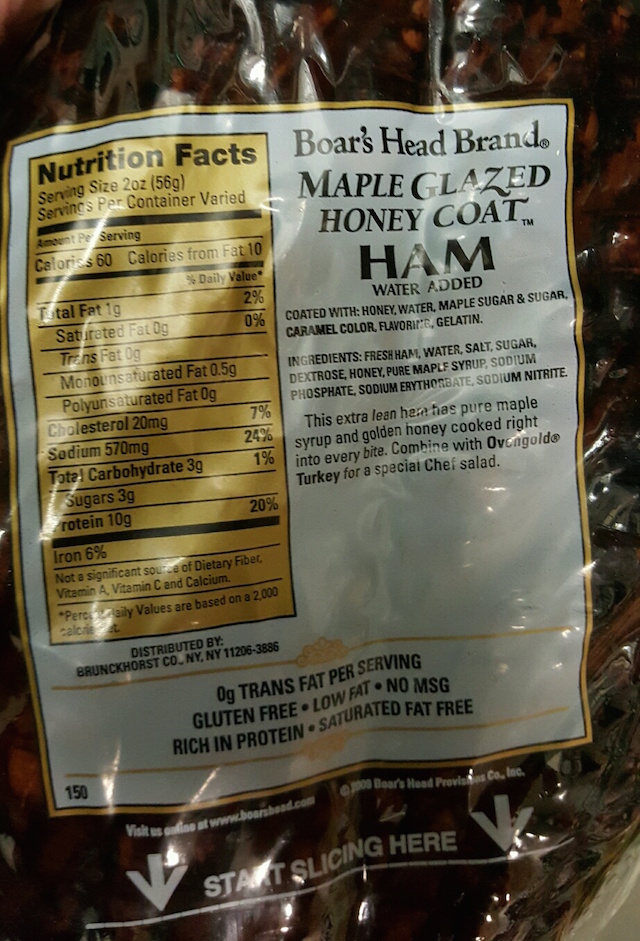 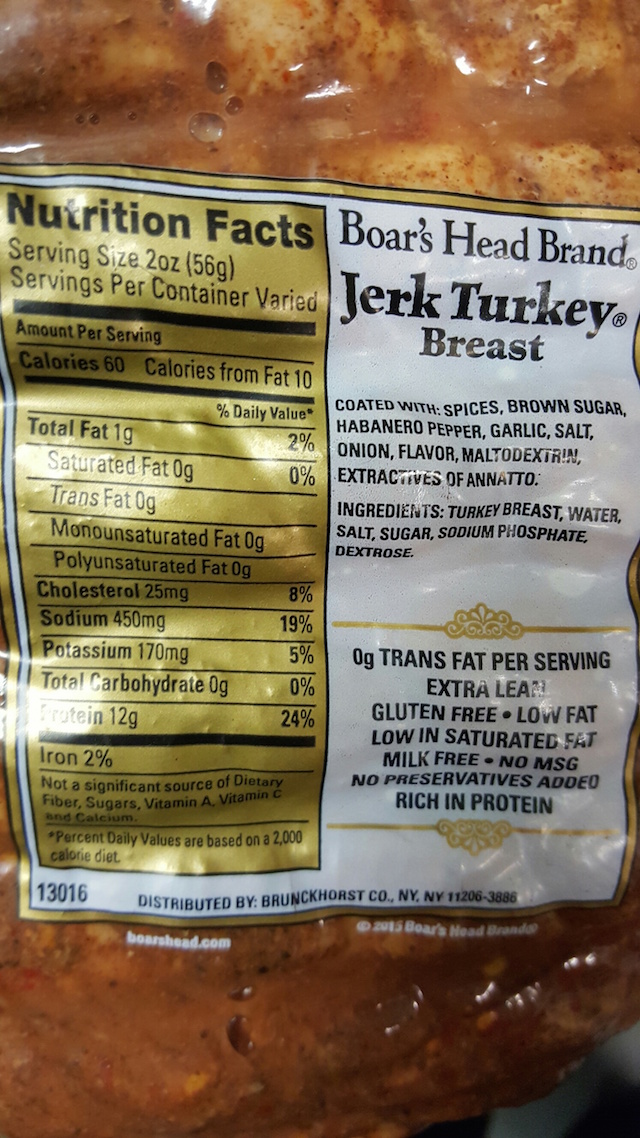 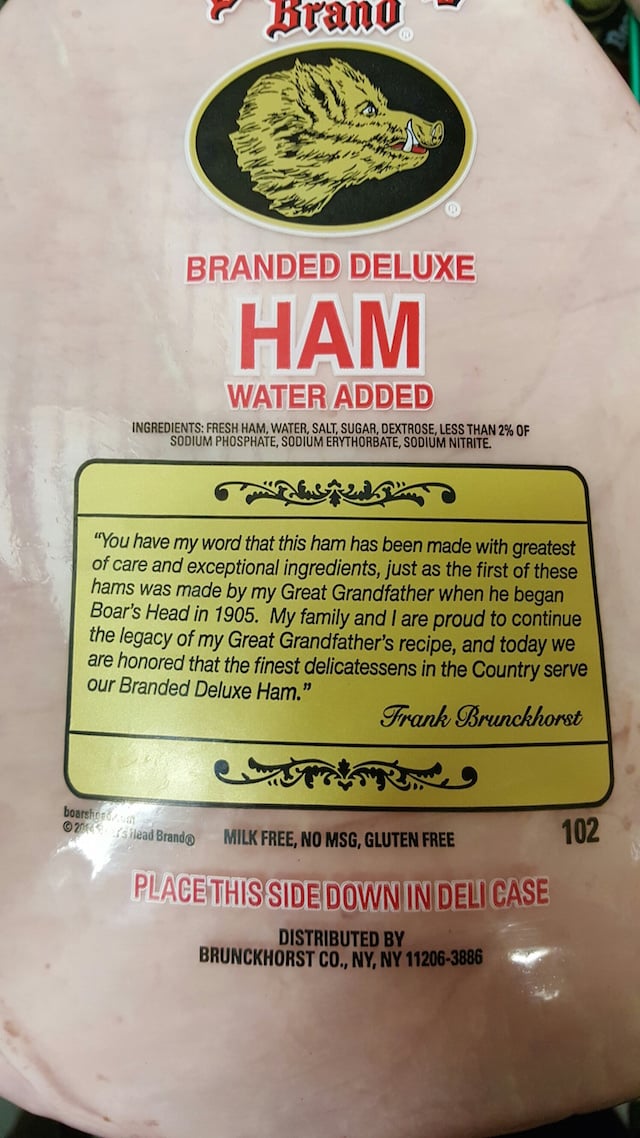 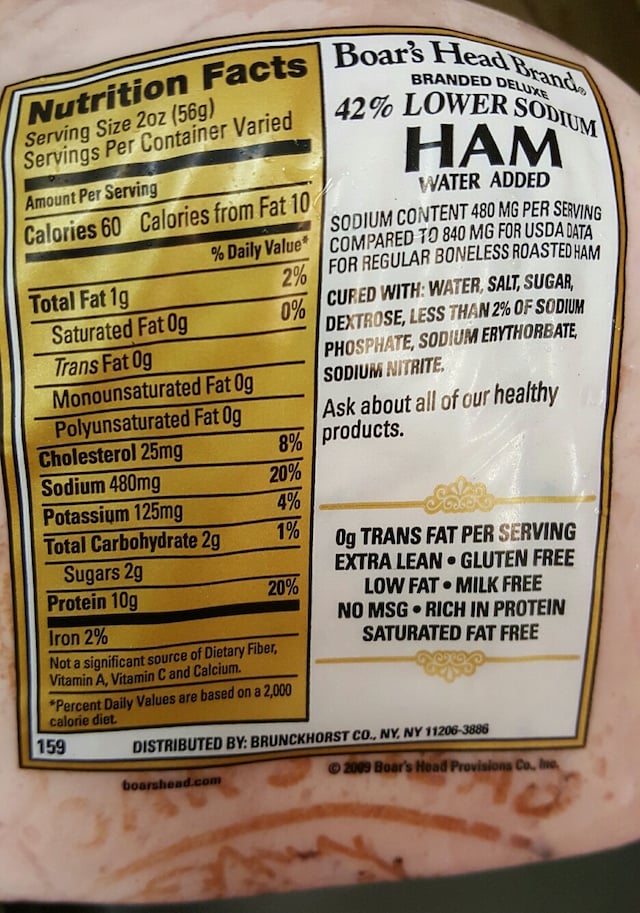 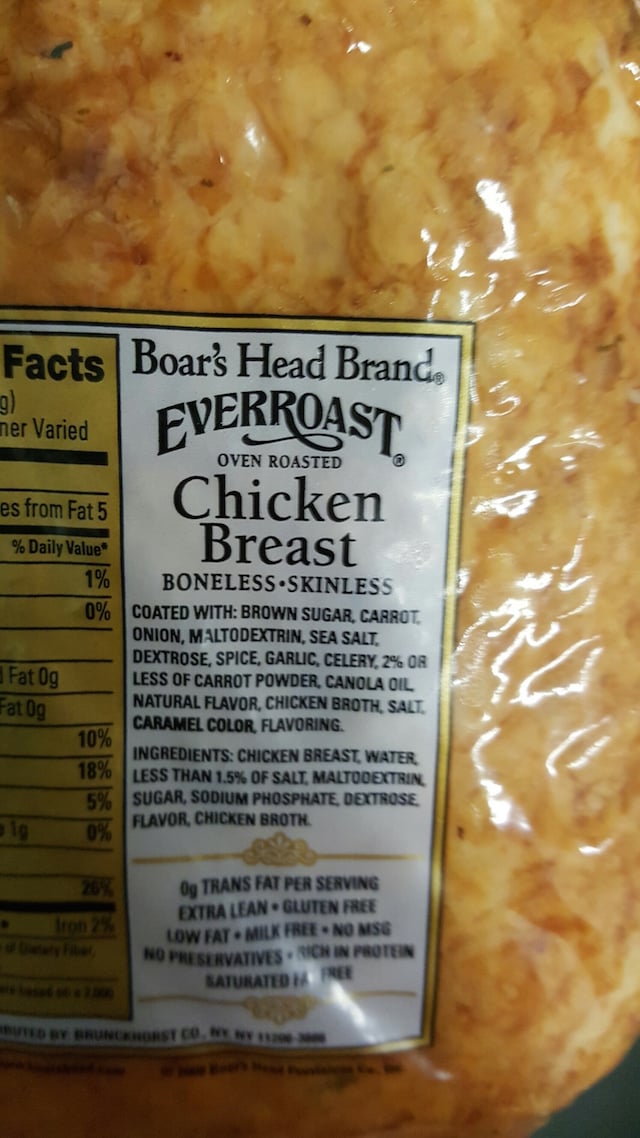 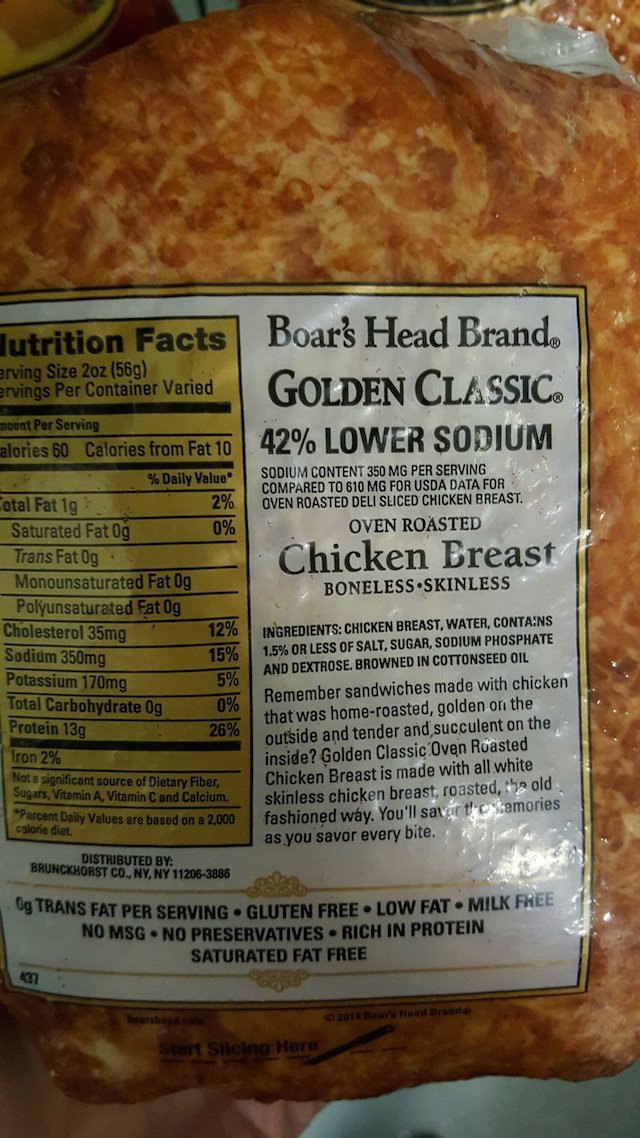 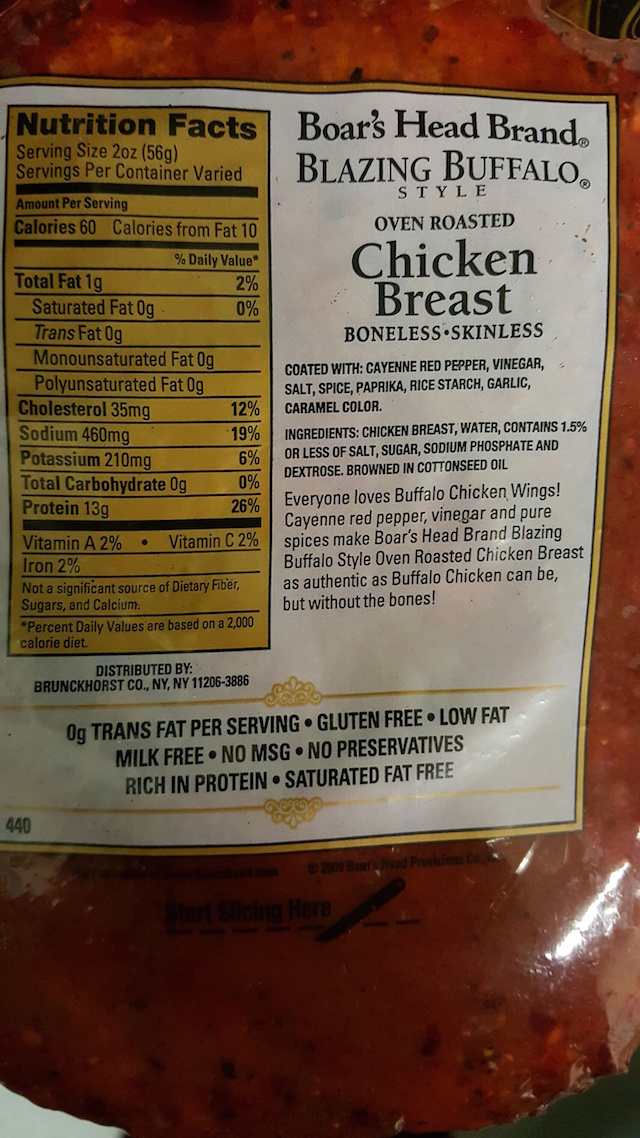 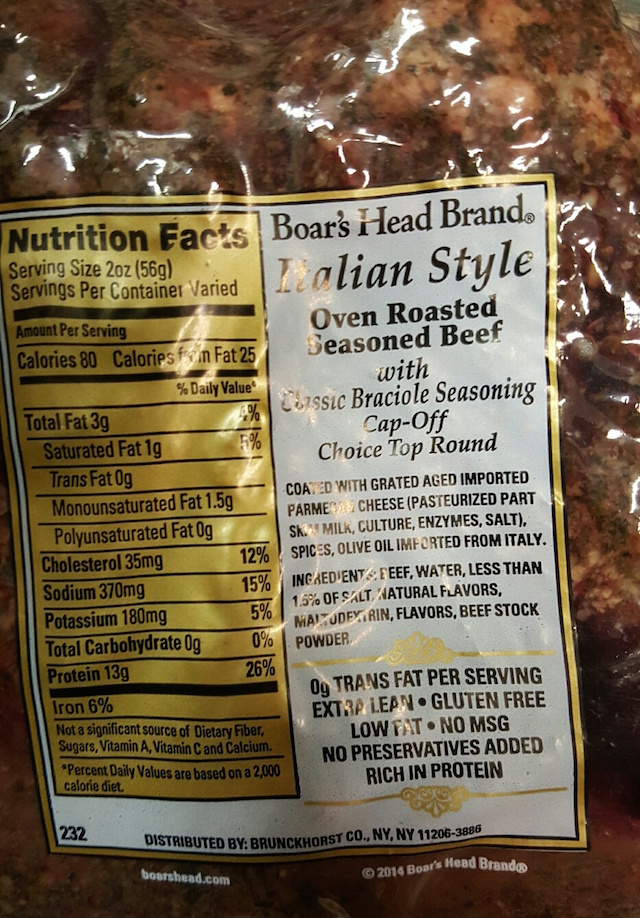 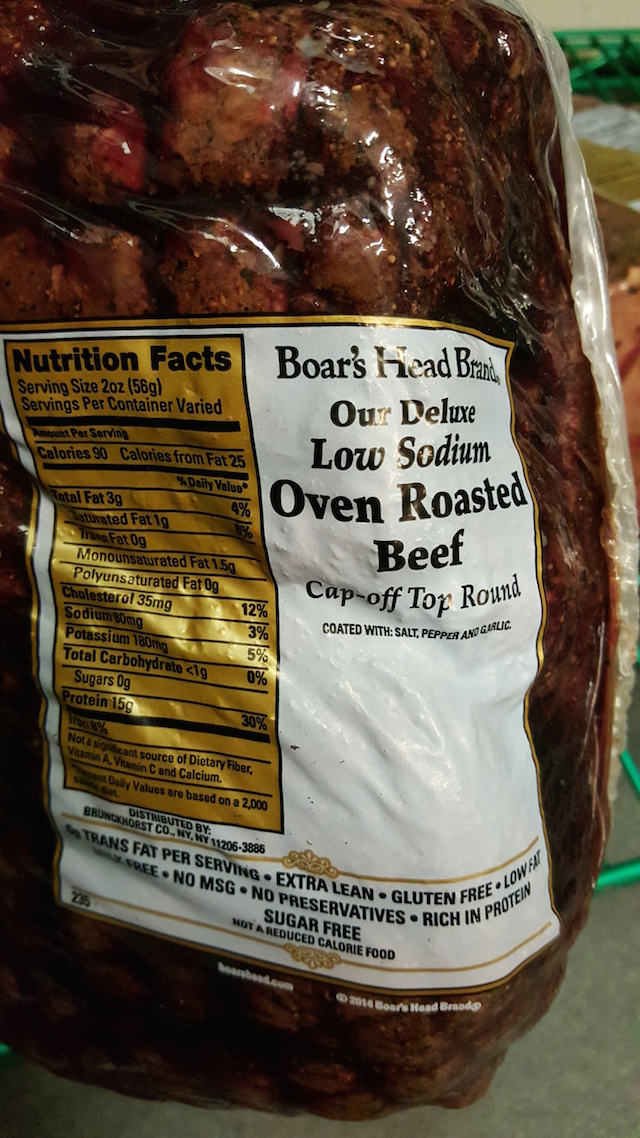 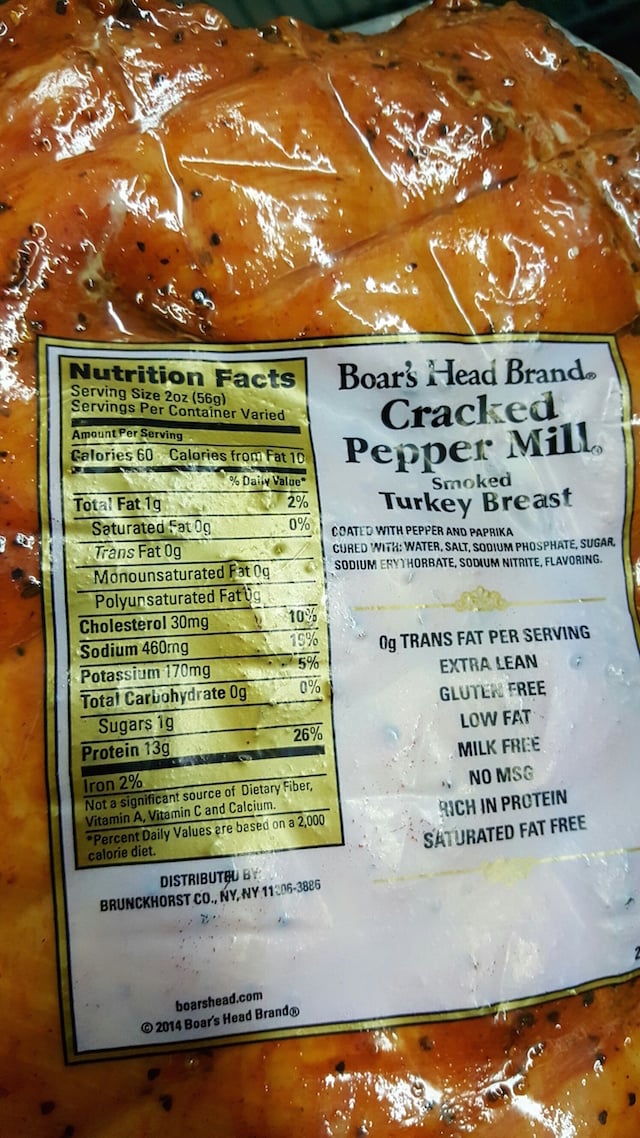 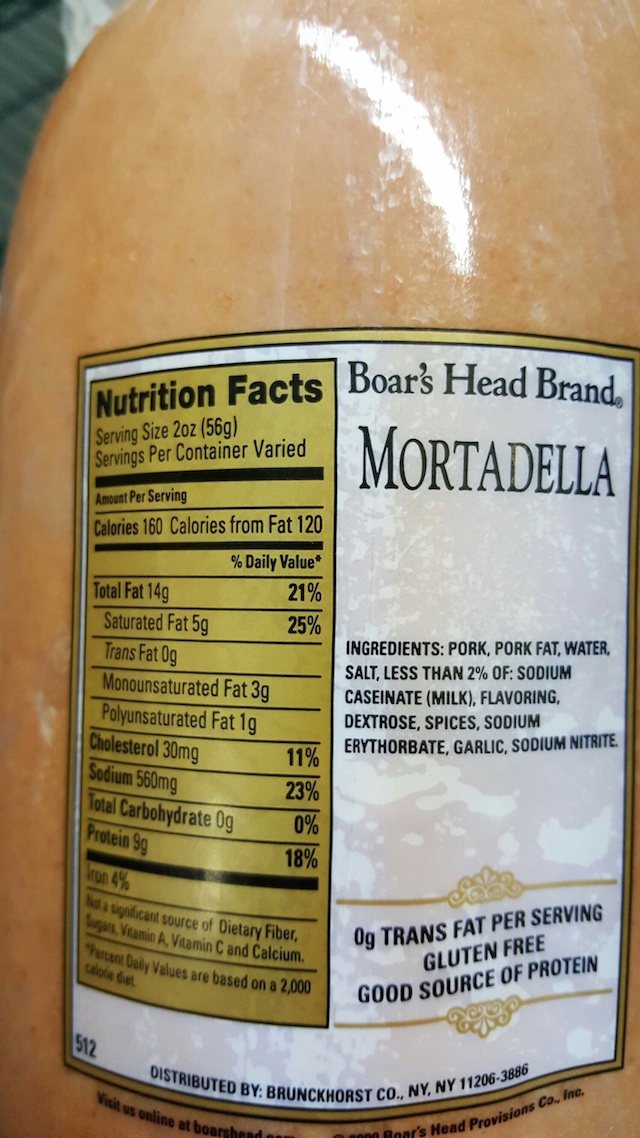 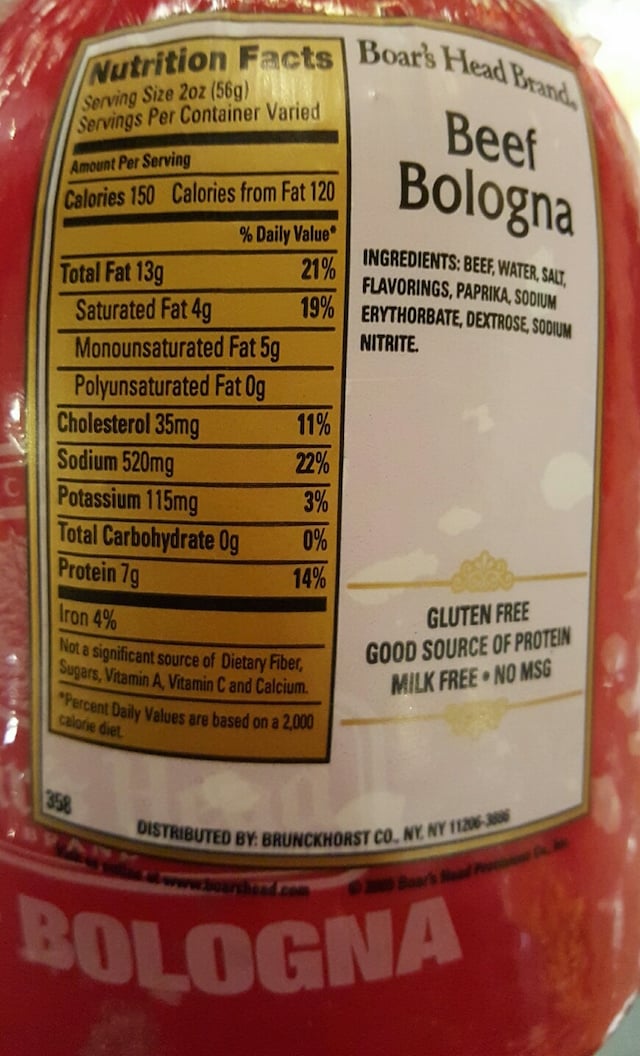 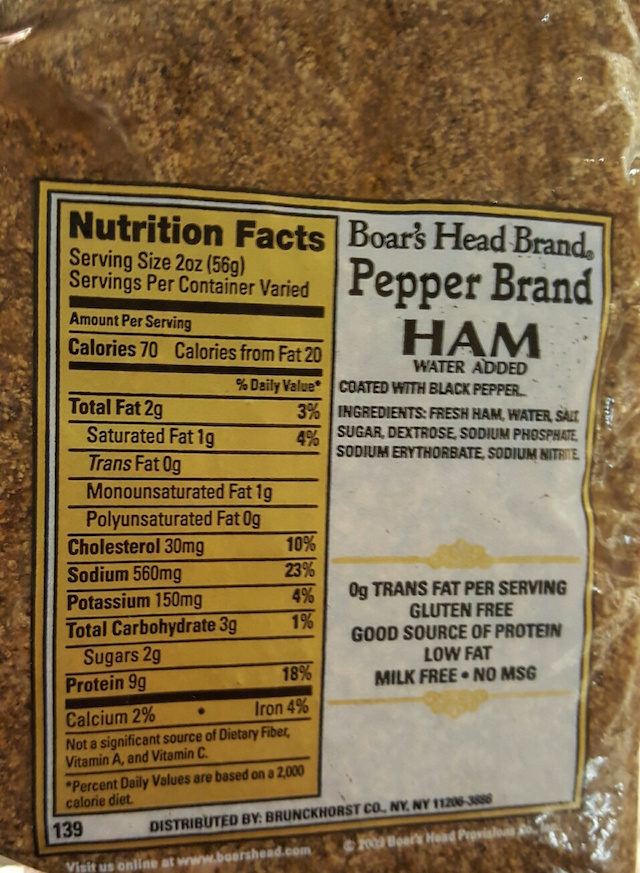 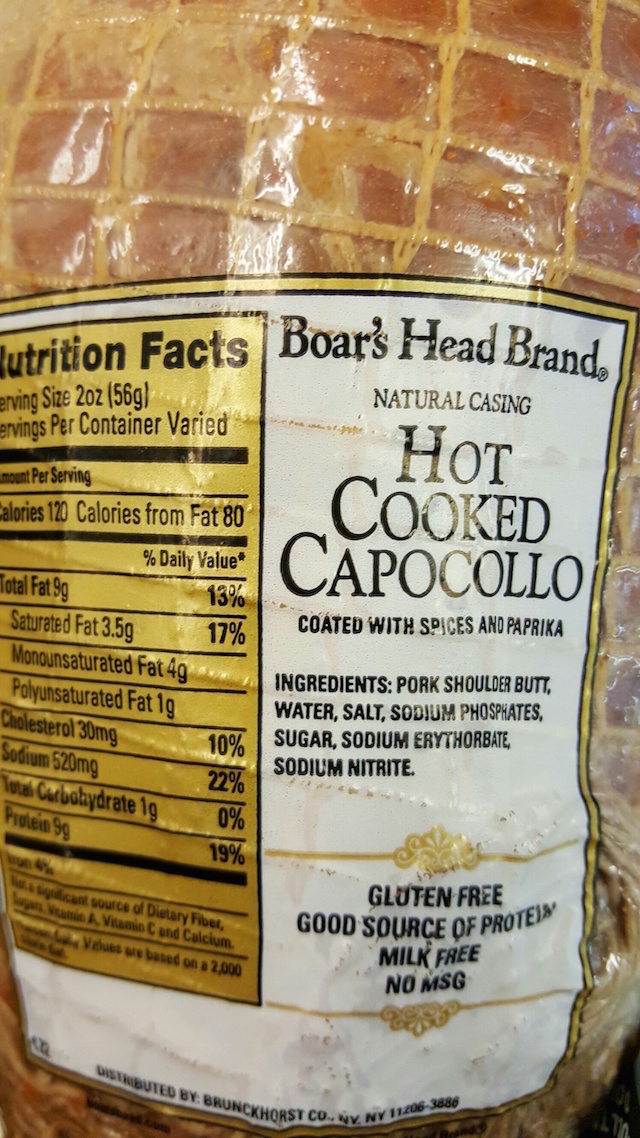 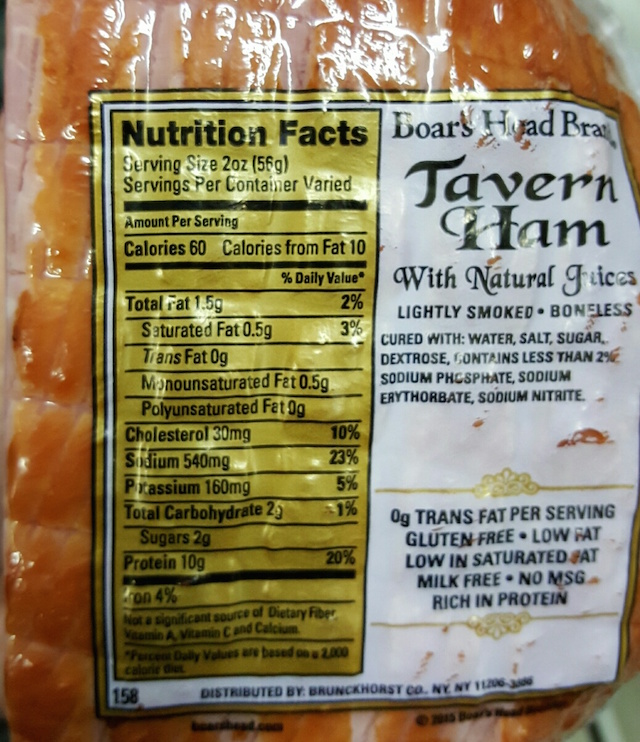 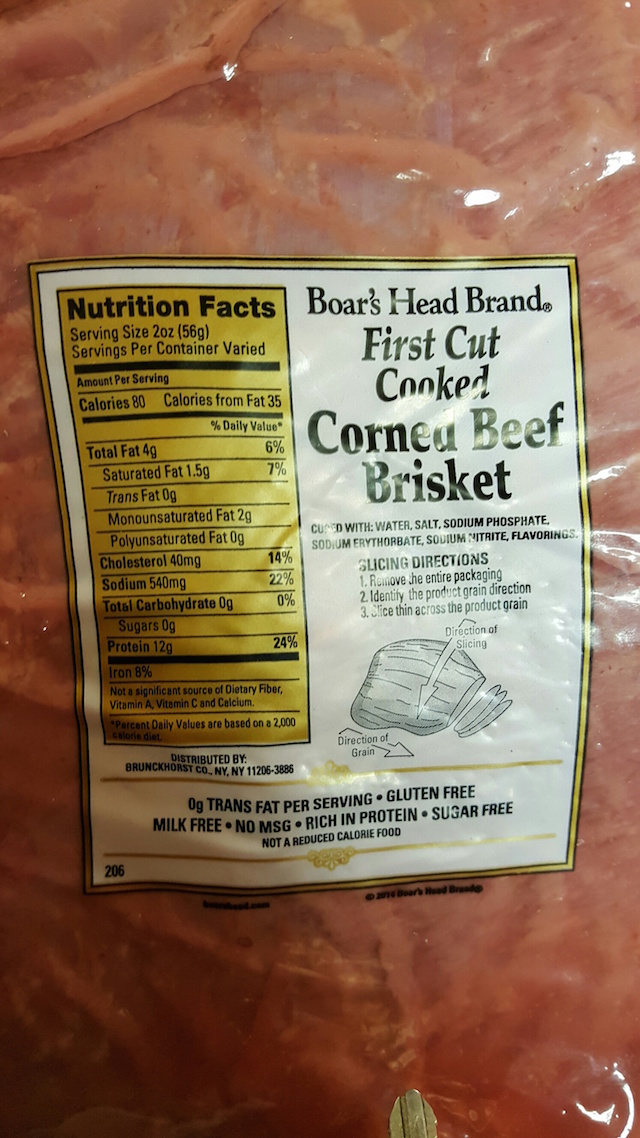 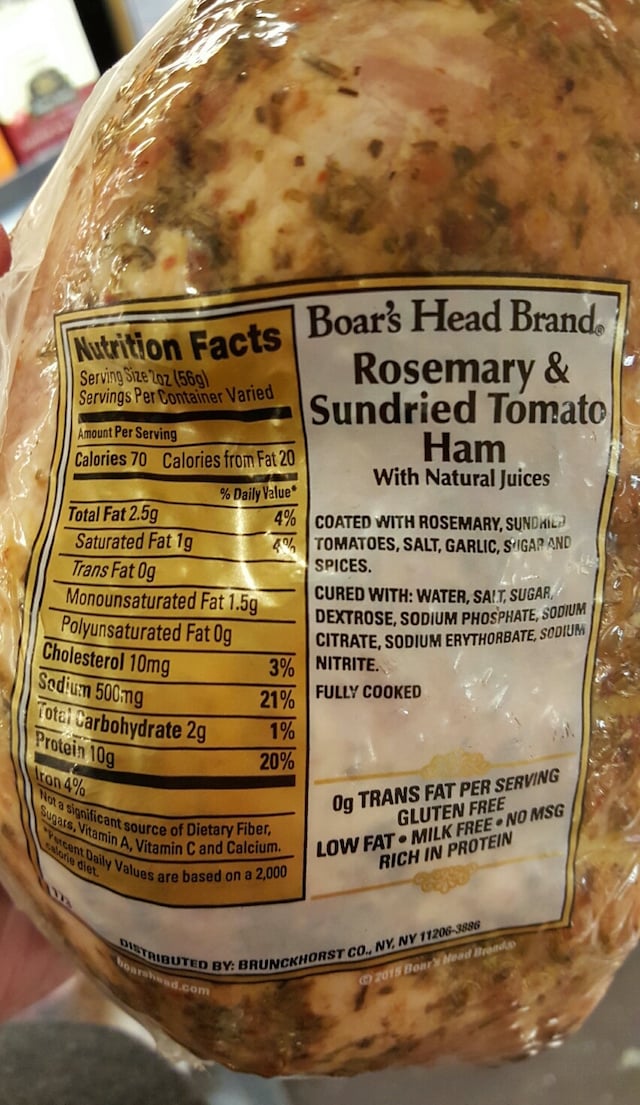 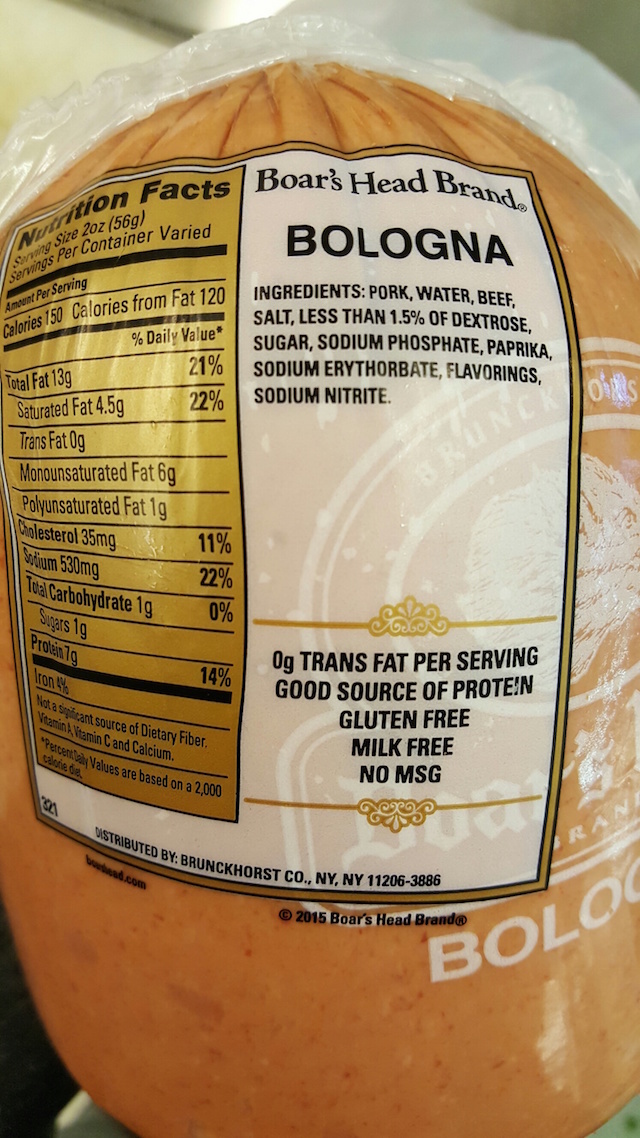 Another reader sent me this picture of ingredients obtained from a Publix grocery store, which clearly shows MSG (monosodium glutamate) in Boar’s Head Virginia Ham: 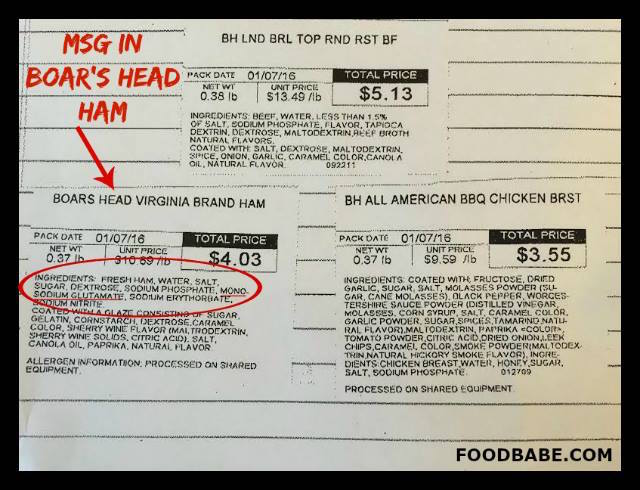 If you are looking for other alternatives to Boar’s Head, check out this post at the bottom for my recommendations.

Remember, don’t be afraid to keep sharing this information and spreading the word, especially if you know someone you love to eat Boar’s Head Meat. 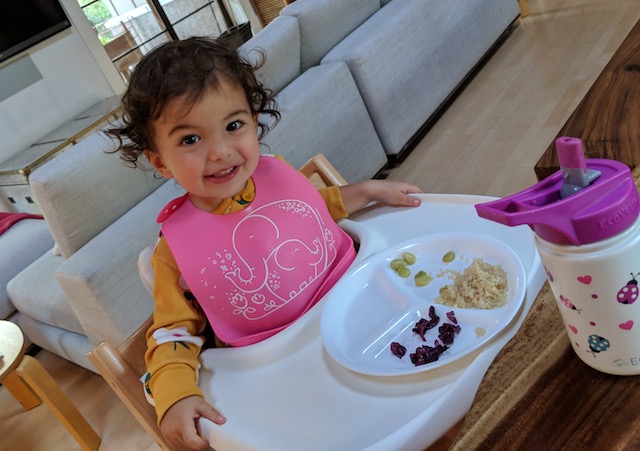 What My Toddler Eats In A Day… 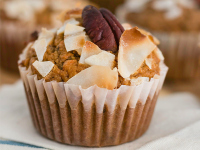