This is a response to the NY Times article:

Taking On the Food Industry, One Blog Post at a Time by Courtney Rubin, Published March 13, 2015

I am very sad to have to post this rebuttal to the New York Times story about our movement. The Times is among the most respected newspapers in the world, but it violated its own standards of accuracy and fairness in Courtney Rubin’s story about me last week. This story is a classic one-sided hatchet job.

You know the work we do is important to the health of millions. We’ve demanded transparency, helped remove questionable chemicals from the food supply along with other respected groups, changed major multi-billion dollar food companies and educated many people. This unfortunately is not the focus of the story.

The reporter featured only the views of certain academics who attack us – every single one of whom has a conflict of interest due to their associations with the food or chemical industries (and this is not disclosed). Although I gave Ms. Rubin the names of scientific, medical and consumer experts who support our work, these did not appear in the story, with one exception (Ken Cook of the Environmental Working Group) and even his quote was chosen to support her obvious bias.

The Center for Science in the Public Interest, the Natural Resources Defense Council, Consumer’s Union, the Mount Sinai School of Medicine, The National Academy of Sciences, The Center for Food Safety, and many respected medical and scientific authorities support reducing the synthetic chemicals used in our food. Authorities in the UK, the EU and Australia have banned many of the ingredients we have campaigned against, based on the scientific evidence. None of these were quoted or mentioned.

Let’s examine who was…

Dr. Joseph Schwarcz is the Director of McGill University’s “Office for Science & Society”, which has in the past received funding from the biotech (GMO) industry Dow, Monsanto, and Dupont through the Council for Biotechnology Information (1). Dr. Schwarcz is also on the Editorial Board for the magazine of the Chemical Institute of Canada, ACCN. Based on his advocacy, one could say Dr. Schwarcz hasn’t met a chemical he doesn’t like.

Furthermore, he has made sexist remarks about me including one that was quoted by Bloomberg Businessweek: “She gets on all these talk shows partly because she is easier to look at.” He’s been highly and personally disrespectful to me (2) more than once in public comments. He said “I’m addicted to the Food Babe”, called me “the stupid woman”, I have “zero knowledge”, that he’s concerned about “the location of my brain”, and I am “an American Hoax artist.” He cyberbullies by asking his students to post repeated questions about my credentials over and over again on my Facebook wall, although they already know the answer. I sent this information to Ms. Rubin, but again she failed to mention it – instead glorifying his comments like a thoughtful critic.

Ms. Rubin quotes Kevin Folta, chair of the Horticultural Sciences Department at the University of Florida. He does not specialize in health or nutrition; rather he is a crop scientist specializing in GMOs who seeks industry funding and support for this research (3). He has repeatedly stated in the media he wishes to improve the public perception of GMO technology. Dr. Folta writes for GMOAnswers (4) a website that’s funded by the biotechnology industry. There’s an obvious conflict of interest here – he is a pro-GMO activist and as you have read through my investigations, I have doubts about the technology and its role in the proliferation of chemicals that are impacting human health. I, along with the majority of Americans believe we should have the right to know whether we are consuming GMOs – he does not. UPDATE: Although Folta has claimed publicly he has no relationship with Monsanto multiple times, it was found during a FOIA request that he received 25k from Monsanto. Evidence & details here, here and here. FOIA request also revealed emails that show evidence of coordinated messaging between executives at Monsanto and Monsanto’s PR Firm Ketchum.

Professor Dr. Fergus Clydesdale of the University of Massachusetts is on the Board of Sensient Technologies (5), a “global manufacturer of colors, flavors and fragrances” – which means they make synthetic food additives. As you know, many experts find these artificial ingredients in food questionable and sometimes misleading – so of course he would oppose our work. He also served on the food industry front group International Food Information Council (5a). His argument that synthetic chemicals in the food supply are the equivalent of naturally occurring ingredients is not only disproven, but laughable. By his, and apparently this reporter’s logic, there should be no regulatory action taken against the proven carcinogens, obesegens, teratogens that cause birth defects, and synthetic estrogens or chemicals that have invaded our food supply and our bodies.

The piece mentions Dr. David Gorski, who also has received pharmaceutical industry funding (6). He likes to vilify “quackery”, and has even attacked the venerable Cleveland Clinic for using some alternative medicine (7). He is simply wrong that there is no propylene glycol, the antifreeze kind, in some beers and alcohol. We know Fireball Whiskey contains it (8) and it’s listed as an approved ingredient in alcohol on the government website ttb.gov (9). This is easy to prove if you aren’t looking to discredit someone. I answered this previously in a response to my critics back in December 2014 (10), but this was ignored and has been re-hashed time and time again.

I truly thought when I agreed to be interviewed by Ms. Rubin, I was meeting with a fair and unbiased journalist. Based on the last 48 hours of repeated tweets by her and others (11) I see where her true colors lie. For example, she chose to favorite a tweet that called me “Fraud Babe” and that claimed my “activism is purely an opaque money making operation.” She retweeted a spokesperson from a hate Facebook group. Ms. Rubin also repeatedly tweeted accusations at me. This is what harassment looks like, and is very unprofessional for a freelancer for the venerable New York Times. See screenshots below.

Regardless of her agenda, Ms. Rubin has a history of being misled before (12) and looks like she is being duped again by an organized food industry campaign against us.

Ms. Rubin’s story had many errors and omissions. Here are some of the biggest ones:

This story is just way outside the normal standards of a normally truly great newspaper. However, it won’t daunt or stop us from pushing to clean up the food supply to improve the health of this country. 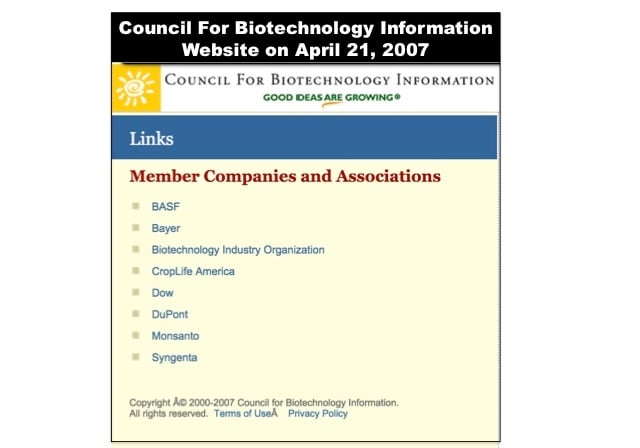 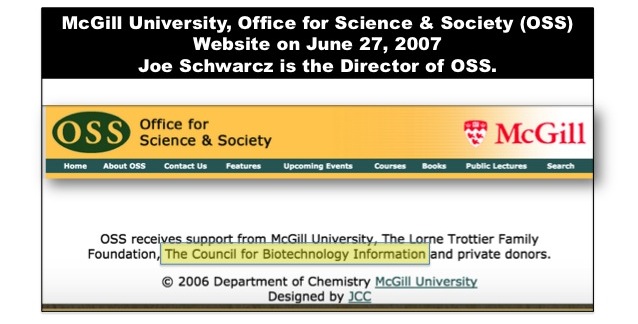 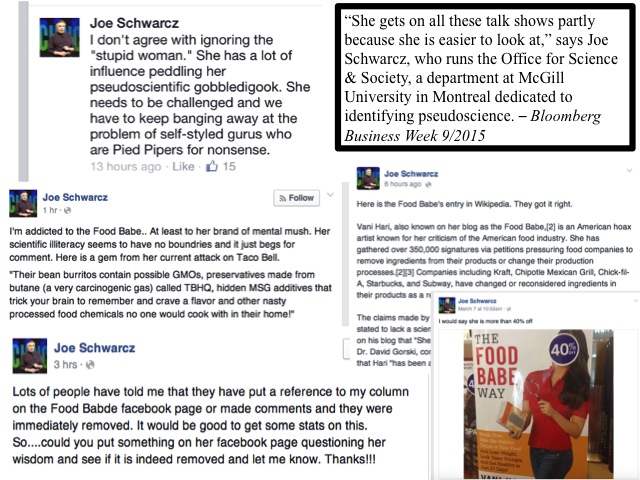 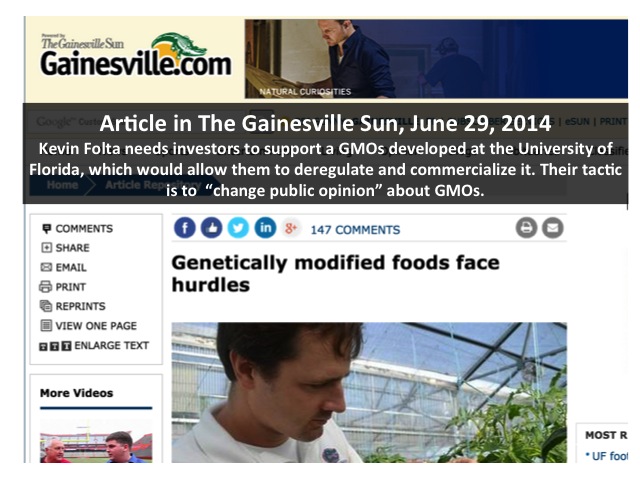 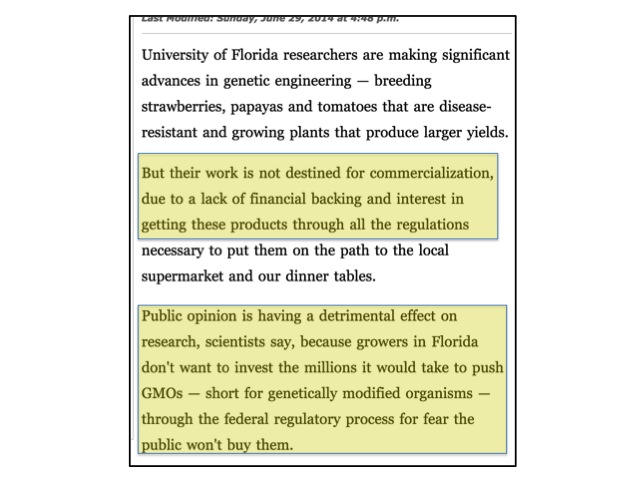 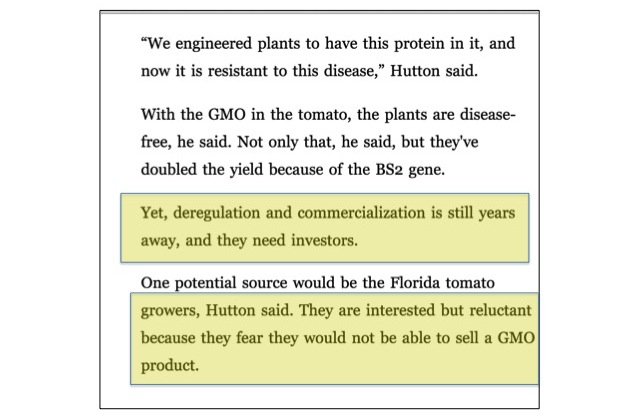 4. Kevin Folta writes for GMO Answers, a website funded by the members of The Council for Biotechnology Information. 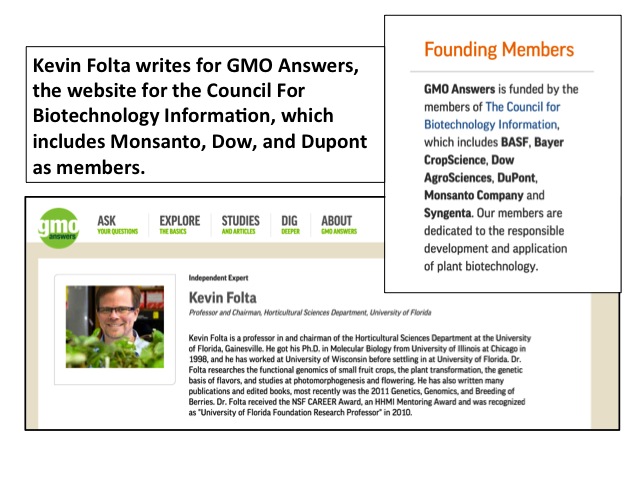 5. Dr. Fergus M. Clydesdale is on the board of directors of Sensient – a global manufacturer of colors, flavors and fragrances. 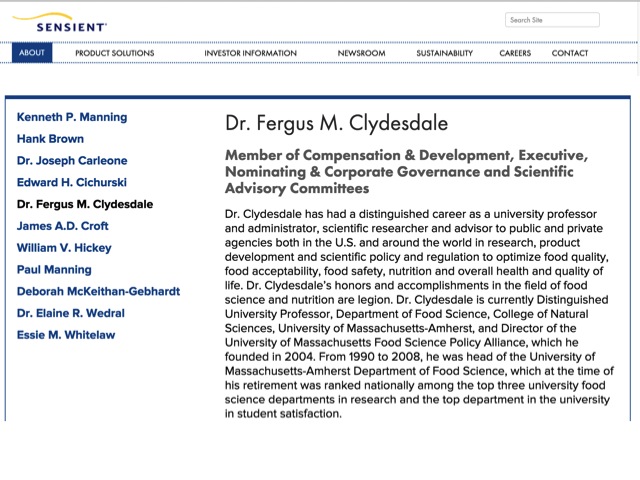 5a. Dr. Fergus Clydesdale is on the Board of Trustees for The International Food Information Council. 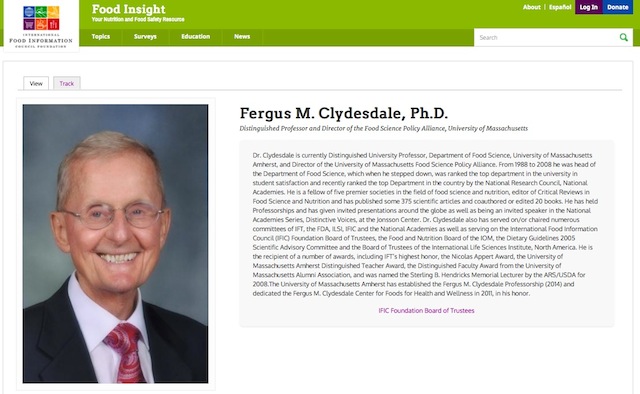 5b. What is the IFIC? http://www.centerforfoodsafety.org/files/front_groups_final_84531.pdf 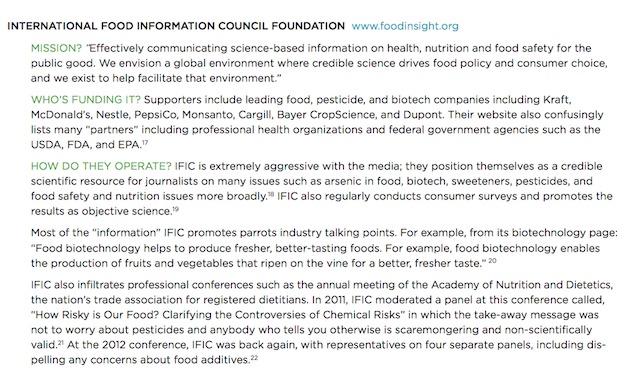 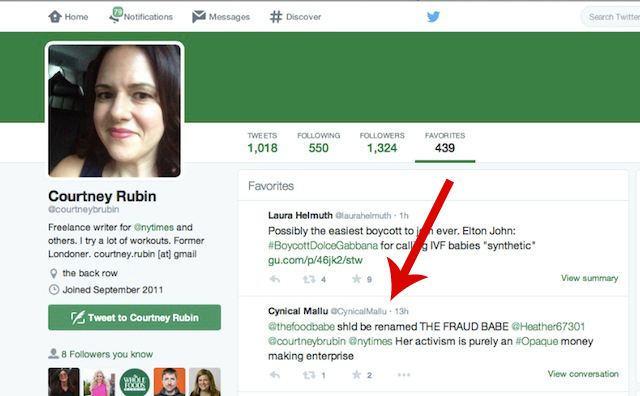 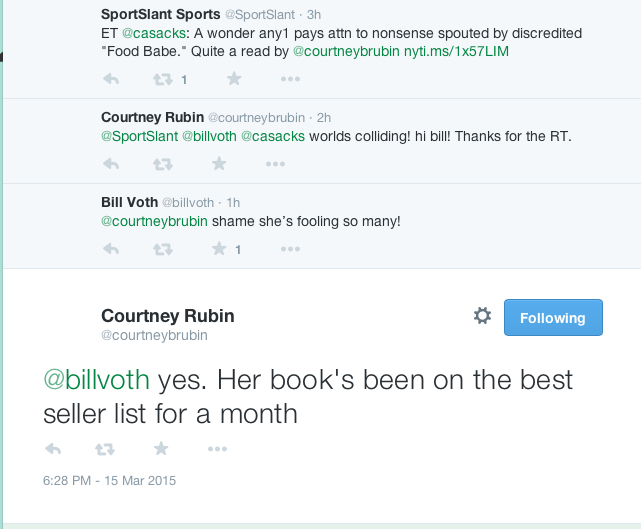 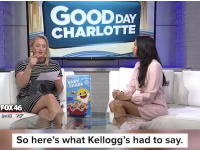 BREAKING: Kellogg’s responds to our petition on TV appearance 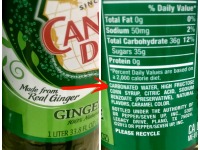 Food Labels Are LYING To You. Spot These Lies On The Package! 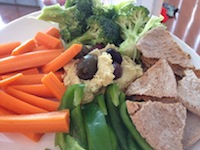