Our government leaders in Washington have introduced new legislation to sell out the American consumer and deny us clear on-packaging GMO labeling. We must start contacting our Senators today and ask them to vote NO on this new bill.

Since we successfully defeated the DARK Act, Vermont’s mandatory GMO labeling bill is set to take effect in a matter of days (July 1st). This would require most foods in Vermont to carry GMO labels. Even though we are down to the wire, the GMO companies are desperate and have been working feverishly to make sure that our Senators can reach an agreement to wipe Vermont’s law out so that they can continue hiding GMOs in American food.

Senator Pat Roberts (who introduced the DARK Act) and Senator Debbie Stabenow have reached a deal on a new national GMO labeling bill that will override Vermont’s GMO labeling law – and it will not only take the same actions as the DARK Act, but some say it’s even worse! 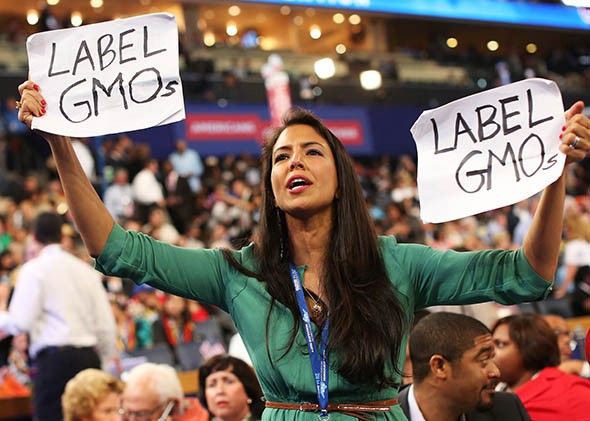 This new bill screws consumers and favors the food industry to continue to make us work for the truth.

The bill still needs to pass the House and the Senate floor – but you can bet that the food and chemical company lobbyists are doing whatever it takes to push it through. It was clearly written to protect Monsanto, the agrochemical and GMO industries – who are all cheering it on and calling on their senators to support it.

This is the DARK Act 2.0 and will continue to keep Americans in the dark about GMOs in our food.

“This is not a food-labeling bill. This is a rollback of democracy at the behest of the world’s largest agribusiness and biotech corporations.” ~ Food & Water Watch

“This is still completely unacceptable to the nine out of ten Americans who want to be able to understand what they are buying. It doesn’t give people the choice they want. What has to be done now is stop this bill from getting through the Senate.” ~ Michael Hansen, senior scientist at the Consumers Union

“This is not a labeling bill; it is a non-labeling bill. We are appalled that our elected officials would support keeping Americans in the dark about what is in our food and even more appalled that they would do it on behalf of Big Chemical and food corporations.” ~ Center for Food Safety

Is Smucker’s behind the OTA’s endorsement of this bill?

In a surprise move, the Organic Trade Association (OTA) came out with a public statement praising this bill. Does this statement accurately represent the members of the OTA and what they stand for? Who wrote this statement and were all board members and member companies briefed? Are they being influenced by specific board members, such as Kim Dietz who works for Smucker’s? After all, Smucker’s has always been a fierce opponent of GMO labeling, supported the DARK Act and has spent thousands supporting anti-labeling lobbyists. It sure seems that the OTA jumped the gun here and that their statement doesn’t accurately portray the views of their membership. I would like to see the OTA reconvene on this issue and come up with an official position that properly represents their members – especially considering the wide spread opposition by virtually every consumer group working in support of organics and GMO labeling including EWG, Just Label It, The Center For Food Safety, Consumers Union, Food Democracy Now, Food and Water Watch, US Right To Know, Organic Consumers Association, Moms Across America, GMO Free USA and many more.

We have some work to do to defeat this, which I will get into below – but first let me explain why this bill is a giant stab in the back to American consumers.

Why the new GMO labeling bill is a nightmare: 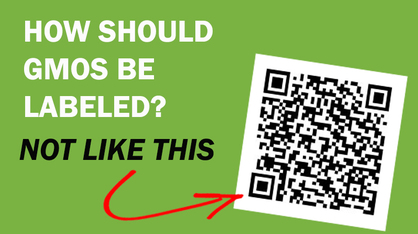 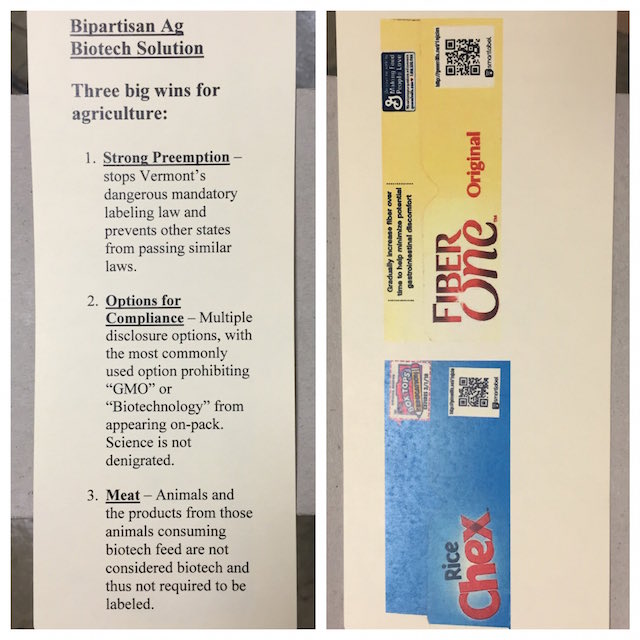 This will create more work for consumers who want to know if GMOs are in their food.

They actually wrote into the bill that the USDA will conduct a study to determine whether people have internet access or if there is “availability of landline telephones in stores”… Really?!?!? We are supposed to ask the grocery store if we can use their phone to make a call about GMOs while shopping? If that isn’t the most ridiculous thing you’ve ever heard, I don’t know what is.

They further suggest that retailers could install “electronic or digital link scanners” in their stores for us to scan QR codes on. Can you imagine that? Isn’t a basic on-package GMO label a much simpler solution? What are they so afraid of?

“This is really a very industry-friendly proposal. You’re not going to be able to look on the label and see whether the food that’s in the package was produced through genetic engineering or contains GMO ingredients. It’s not going to be there. You’re going to have to call an 800 number or have a smart phone with you that has an app. You know. Come on. It’s a joke.” ~ Vermont Attorney General Bill Sorrell

These food companies clearly do not want to put the words “genetically engineered” on their food and it is shameful!

You can read their ridiculous bill here.

Read more about GMOs and why they should be labeled here and here.

Congress will be returning on July 5th and are expected to consider this bill quickly to get it pushed through and onto the Senate floor as soon as possible. The Senate will need 60 votes to pass it – so now we need to do everything in our power to make our voices heard so that they don’t get the votes they need. This is happening fast and is urgent.

Call your Senators today and tell them we deserve mandatory, clear and explicit GMO labeling and to vote against any bill that proposes QR Codes as a solution.

We were able to defeat the DARK Act, and I’m confident that we can do this again. There is no time for a petition or to send an email – we need to call our Senators, and tell everyone we know to call too. You can find a list of your state Senators and their contact information here.

I love each and every one of you for taking action! You are amazing. 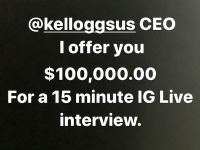 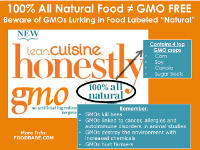 100% All Natural Products Can Be Chock Full Of GMOs

78 responses to “Action Needed: Senators Must Vote No On Stabenow GMO Labeling Bill”