If you are a morning coffee drinker, I’ve got an easy peasy travel hack for you! When I’m traveling, and even if I’m staying somewhere where there is a coffee shop on every corner, the last thing I want to do is buy a cup of coffee that isn’t organic. That’s because conventional coffee is typically imported and grown with large amounts of of pesticides and insecticides, including some that are considered too dangerous to use in the U.S. Not only do I want to avoid sipping on pesticides in the morning, but organic fair-trade coffee tastes better too!

And when it comes to what the hotel provides in your room or room service, you can forget it! Most likely the coffee isn’t organic, and I wouldn’t touch the little packets of dried non-dairy creamer packets in my hotel room with a ten foot pole. These are made with ingredients like corn syrup solids, heart wrecking trans fats, artificial flavors and emulsifiers – Bleh!!! 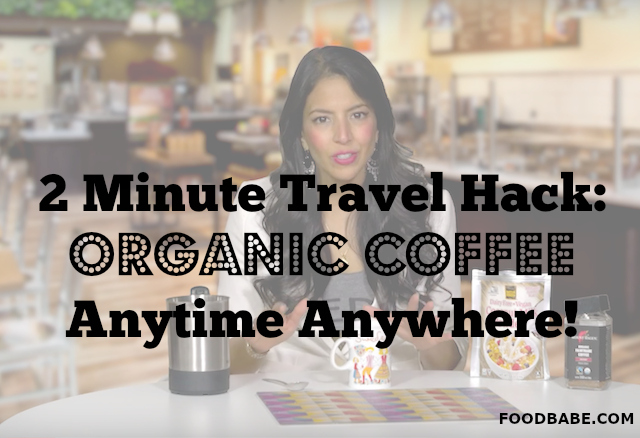 It doesn’t have to be this way! With a few simple supplies, you could be sipping on delicious organic coffee anywhere on the planet! Whether you enjoy traveling or just would like to drink organic coffee while you’re away at the office, in this short video I’ll show you how to set yourself up!

Want to try this on your next trip? Here are the 3 things you’ll need:

1. Stainless Steel Electric Kettle – Not only will this make hot water for your coffee, but you can use it to make tea and oatmeal too! It’s available here on Amazon. It’s well worth the investment and will pay for itself over and over again!

2. Organic Coconut Milk Powder – This simple powder can be found in the baking section of many grocery stores. An organic one can be found at Amazon here, or you can buy a similar type (but not organic) here on Thrive Market.

3. Organic Freeze Dried Instant Coffee – I know, I know, this instant coffee is not the type that I’d regularly be drinking at home, as I prefer to brew fresh organic coffee from organic coffee beans (Larry’s Beans brand is my favorite!). But, this instant version is a mess-free option that is perfect for when you are in a hotel room or somewhere else that you can’t easily brew a pot of coffee. It also tastes surprisingly good and has just one ingredient – Organic coffee! You can find it here on Amazon, or Thrive Market or any natural food store.

I hope this tip helps you the next time you’re traveling away from home and want to steer clear of coffee shops that don’t serve organic coffee.

If you know anyone that needs to redo their coffee routine while on-the-go, please share this post with them and ask them to subscribe to my free newsletter! 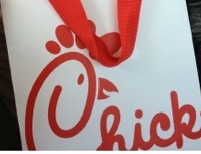 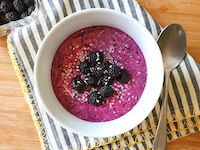 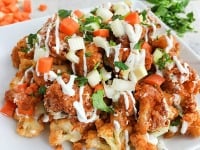