I have something to confess. I was caught on video in the Taco Bell drive-thru recently 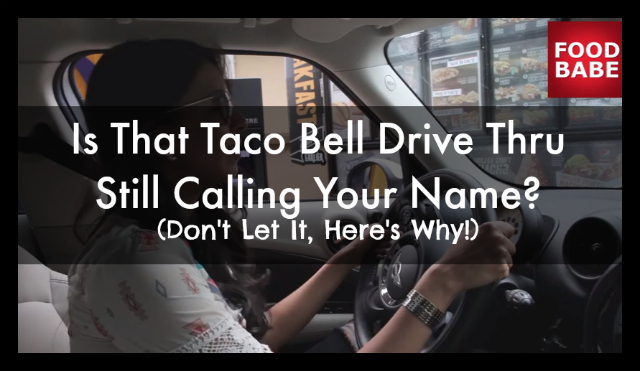 I was pretty excited at this news and ready to celebrate. With so many companies changing their ingredients recently – everyone from Panera Bread to Chipotle to General Mills – I thought this was a huge win!

But I was wrong.

Taco Bell’s announcement was a head fake. It was very apparent this was a calculated public relations move once I started to dig a little further into their announcement.

This is why I ended up in the Taco Bell drive-thru….

Check it out here:

The truth is that Taco Bell won’t be removing artificial colors and flavors from all of their food, and Taco Bell’s food is pretty much staying the same.

Sure, they are removing a few ingredients here and there, but they are still selling lots of processed food. The first question I asked myself when I heard their announcement was: “How much will their menu change?”

Well, it turns out not very much!

So, unless you are ordering something with Avocado Ranch Sauce, Nacho Cheese Sauce, or Red Tortilla Strips, it never contained artificial colors to begin with – and please note only 3 of the items above are actually changing … read on to find out more!

Artificial flavors:  We all know that when you see “natural flavors” on an ingredient list it’s a secret mixture of up to 100 individual ingredients that aren’t necessarily any safer than artificial flavors, so removing artificial flavors only to replace them with natural flavors isn’t going to be a huge improvement in terms of faking us with added flavors. However, they did mention that they will start using “real black pepper” in their taco meat instead of artificial black pepper flavoring, which I applaud them for (but this also begs the question why they weren’t using plain old pepper in the first place)! Scanning their ingredient list, it’s apparent that almost all of the flavors that they use are “natural flavors” already, so not much is changing in this department. 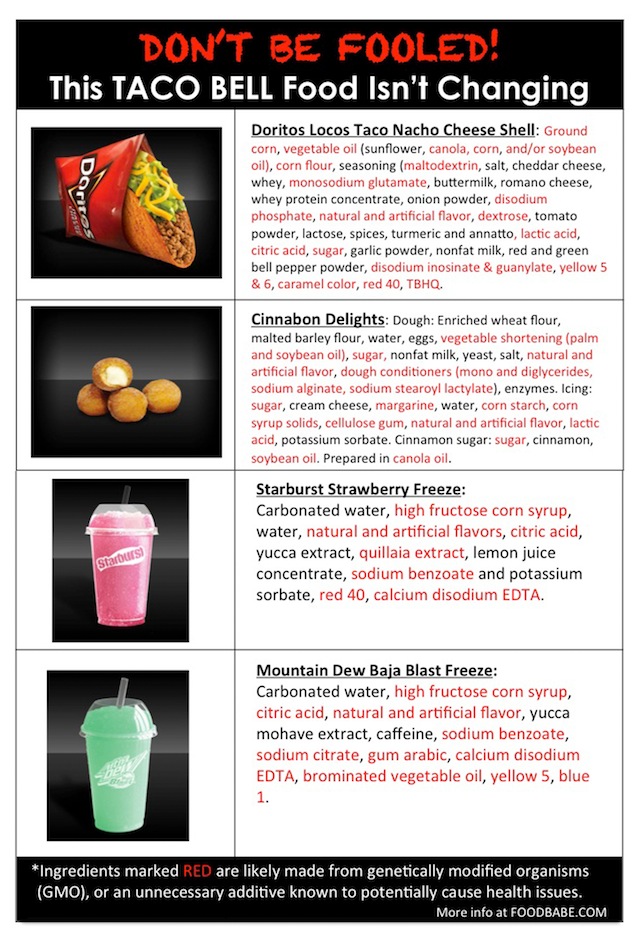 Some of the most popular items at Taco Bell won’t be changing AT ALL because they are “co-branded”.

What does that mean? Anything that is in partnership with another brand, like their Pepsi or Frito Lay products (I’m talking about you, Mountain Dew Baja and Doritos taco shells). At least Taco Bell included in their announcement that co-branded products wouldn’t be affected, but you may not realize how many there are. There’s actually an extensive list of co-branded products at Taco Bell with either artificial colors or artificial flavors that won’t be changing, which include some of their most popular items like:

Taco Bell’s newest co-branded invention will be exempt as well!

Just a couple short weeks after their announcement, Taco Bell started advertising their new Cap’n Crunch Delights, which are exempt as a co-branded item, and literally covered in toxic Cap’n Crunch Berries. If Taco Bell really wanted to join the food revolution, they wouldn’t be advertising or selling “food” like this at all. 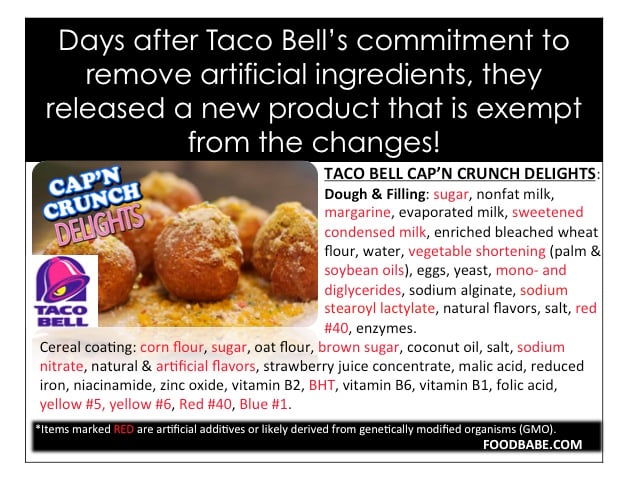 We all know that even if Taco Bell removes artificial colors and flavors from their food, it’s still not healthy.

They’ve got a looonnnnnng way to go if they really want to jump on the good food movement and win our business. Taco Bell needs to stop serving factory farmed meat raised with antibiotics, GMO ingredients, unnecessary preservatives like TBHQ (which Chick-Fil-A dumped), and monosodium glutamate (MSG) that makes us eat more than we should.

I realize that it’s “fast food” and not what any of us consider healthy, but think about how much our world would change if they stopped using products from industrial farms and genetically modified crops. They are an industry leader, and any changes they make trickles down to their suppliers. How much beef does Taco Bell buy every year? What about the corn in their taco shells? Taco Bell would need to use suppliers that agree to use farming practices that are better for the environment and our overall health. They would also need to stop buying food additives from the chemical companies.

Taco Bell told the media that they are looking “to remove more additives and artificial preservatives ‘where possible’ by the end of 2017” – so more changes might be on the horizon. I just hope they are the right ones.

Can Taco Bell do it? Are they up for the challenge? Until then, you certainly won’t find me at Taco Bell.

Do you have friends that told you they were excited about Taco Bell’s announcement and plan to start eating there again? Share this post and video with them! The more that we can keep the pressure on, the quicker industry leaders like Taco Bell will change. We are really making waves right now, and although it seems like the pace is slow at times, I know we can make this happen and can get more people access to safer and cleaner food. 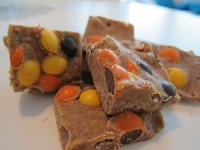 How To Make An Organic & Non-GMO Halloween Dinner & Dessert 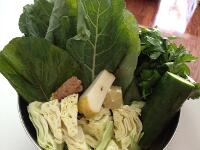 Are There Harmful Ingredients Lurking In Your Spice Cabinet?

98 responses to “Is That Taco Bell Drive Thru Still Calling Your Name? (Don’t Let It, Here’s Why!)”