Everyone knows that chips aren’t exactly healthy and many of us eat them anyways. They are part of our culture whether we like it or not. Super Bowl Parties. Vending Machines. Side Items. School Lunches. They are everywhere and that’s why seeing a very popular chip change sent shockwaves through me and a burst of hope shot up my spine.

I was recently near San Francisco visiting a local Costco store and saw a huge display of Organic Ruffles in one of the aisles. I was really surprised to see this because I’d never seen Organic Ruffles, and in fact, I had never seen a certified organic Frito Lay product ever in my life. Turns out that these chips are an exclusive deal, and are only available to Costco members. Costco wanted to have more organic snacks available to their customers, so they asked Frito Lay and got them. I also came to find out that it’s not just Ruffles and that Costco also asked Frito Lay for an organic version of Stacy’s Pita Chips, and also limited-edition Supreme Cheddar Doritos without the MSG (that you find in regular Doritos). Go Costco!

This is why grocery stores are our friends. It’s not just us activists that can get change at these mega-billion dollar food companies – there are hundreds of amazing people working within the system to drive change and it can happen fast. They are the unsung heroes you never hear about… 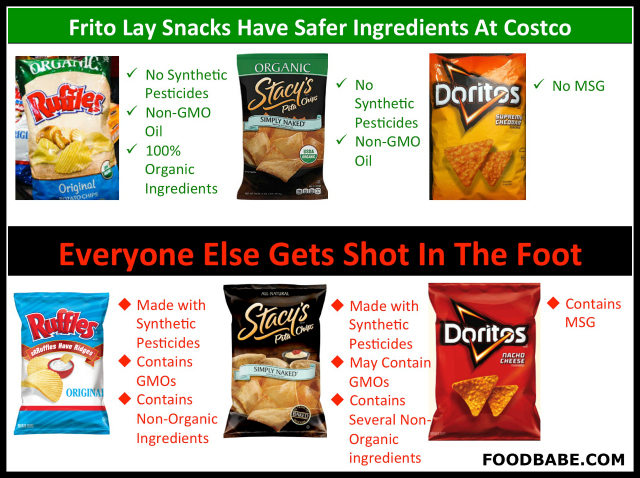 You might not think this a big deal. But it is.

Finding Organic Ruffles was a huge sign that Frito Lay is capable of much more than I previously thought. Frito Lay is owned by Pepsi Co and considered one of the worst junk food companies in the world – their products are FULL OF ADDITIVES & GMOs – so much so, that they have spent over 8 million dollars fighting GMO labeling over the last 3 years.

Take a moment and think about this.

Part of our work is to speak up about these little changes because they do matter. In this case, switching from regular potato chips to organic chips can make a big difference for average people. That’s why I want to draw attention to this.

Can you imagine what would happen if everyone had access to these Organic Ruffles? We would have have…

Less Synthetic Pesticides:  Potatoes Can Contain 35 Different Pesticides (Many of them linked to health issues).

Potatoes are known to be one of the most contaminated crops in the U.S. and you’ll find potatoes on the Environmental Working Group’s (EWG) Dirty Dozen List of conventional produce. According to the USDA’s Pesticide Data Program, up to 35 different pesticides have been found on conventional potatoes and several of these pesticides are known carcinogens, suspected hormone disruptors, neurotoxins, or reproductive toxins (see the list here). You may assume that because potatoes are grown in or just above the ground, they would be somewhat protected from pesticides – but this just isn’t the case. According to EWG, “The average potato had more pesticides by weight than any other food”. Some of the pesticides used on potatoes can be absorbed into the flesh of the potato, so these pesticides don’t just wash off or come off when they are peeled.

Organic farming is beneficial to the environment – its methods improve the health of the soil and doesn’t pollute our water with the synthetic pesticides used in conventional (non-organic & GMO) farming. The more farmers we have growing organic produce the better it is for all of us, and will protect the integrity of the industry. Especially when it comes to potatoes.

Although there are not currently any genetically modified potatoes in our food, there will be soon – possibly hitting the market as early as Spring 2015. Simplot’s new GMO “Innate potato” just gained USDA approval and the FDA is expected to approve it shortly, clearing the road for food manufacturers to start putting it in our food. According to Doug Gurian-Sherman, a plant pathologist and senior scientist at the Center for Food Safety, “We think this is a really premature approval of a technology that is not being adequately regulated”. McDonald’s has already stated publicly that they don’t plan to use Simplot’s new GMO potato, and when we asked Frito Lay if they have plans to use this GMO potato they replied:

“We use our own varieties of “chipping” potatoes, which are specially grown for low moisture and shape. There’s no reason to believe that this will change in the future… I can only tell you what is happening now. I don’t see why we would have the need to use something else–especially since we’ve developed our own, perfect potatoes. This is what makes our chips better than all the others”

They declined to disclose whether Simplot was one of their suppliers. Even if Frito Lay ultimately decides to refuse GMO potatoes, the other main ingredient in potato chips could be GMO. Most conventional potato chips, including Ruffles, are fried in oils that are made from crops that are predominantly GMO like corn or canola. Frito Lay had this to say when we asked whether the oil used in Ruffles is GMO:

“we do not require nor exclude genetically modified ingredients, we are not able to answer this, however, we do have a variety of Reduced Fat Ruffles in our Simply line that is cooked in expeller-pressed sunflower oil. To our knowledge there is no GMO sunflower oil that is available for commercial purchase”.

Unless a chip is 100% certified organic or non-GMO project certified, it may be cooked in GMO oils. According to the American Academy of Environmental Medicine (AAEM) GMOs are risky:

So, it’s not something I take lightly and this is why I avoid GMOs at all costs.

A chemical that has been found on 80% of all conventional (non-organic) potatoes is chlorpropham (also called “bud nip”), a herbicide that is used to extend the shelf life by inhibiting potato sprouting.

Chlorpropham has been shown to be “moderately toxic” by ingestion and chronic exposure in animal studies links it to retarded growth, increased liver, kidney and spleen weights, congestion of the spleen and death. Why would anyone want to eat that, even in small amounts?

This quote from Jeffrey Moyer, the chair of the National Organic Standards Board, says it all:

“I’ve talked with potato growers who say point-blank they would never eat the potatoes they sell. They have separate plots where they grow potatoes for themselves without all the chemicals.”

If farmers won’t eat their own conventional potatoes, then why should we? I don’t believe anyone should, and that’s why I am asking Pepsi Co & Frito Lay to offer Organic Ruffles in all grocery stores.

Think about how HUGE it would be if Frito Lay sold organic potato chips to everyone and began sourcing organic potatoes and oils. Ruffles is a major potato chip brand and over 17% of American households reportedly eat at least one bag of Ruffles every 30 days. That’s nearly 20 million bags of Ruffles. Imagine how many potatoes it takes to produce that many bags of chips, all coming from conventionally grown potatoes likely sprayed with synthetic pesticides, herbicides and fungicides. This can change and Frito Lay should do the right thing!

With your help, we can make a huge difference.

About 14 years ago, consumers persuaded McDonalds to stop sourcing Monsanto’s GMO potatoes for their fries – and guess what? They stopped. That same year, Frito Lay asked its farmers to grow non-GMO corn and non-GMO potato crops due to consumer demand. A huge chunk of the potato market told Monsanto “NO” and stopped growing their product, and Monsanto’s GMO potato sales plummeted. Monsanto pulled their GMO potatoes from the market the following year.

If it worked then, it can work now. We now have so many knowledgeable voices behind this movement to get produce sprayed with toxic chemicals out of our food. If just enough of us request it, lasting change can happen.

Join me by sending a Letter to PepsiCo & Frito Lay.

This morning I sent the following letter to the CEO of Pepsi, urging them to offer the same organic products that they sell exclusively at Costco to everyone, by making organic potato chips available to all of their distributors. I realize that they cannot make this change overnight, but they should make the commitment now. I hope that you join me by sending a letter too.

I’m pleased to see that you now produce organic versions of your Ruffles Potato Chips and Stacy’s Pita Chips, available in Costco stores. You also produce Doritos without the ingredient monosodium glutamate (MSG), also for Costco stores. As it is clearly possible for you to produce these safer and more sustainable products for Costco customers, I ask that you provide these same organic and MSG-free products to everyone by making them available to all of your distributors.

Organic farming is beneficial to our environment, as its methods improve the health of the soil and don’t pollute our water with the synthetic pesticides used in conventional farming. According to the Environmental Working Group, conventional potatoes contain more pesticides than any other produce, and these pesticides can end up in the food we eat.

I believe American consumers would welcome having organic and MSG-free Frito Lay products available to them in every grocery store. I realize that you cannot make this change overnight, but I ask that you please make the commitment now. I’m eagerly awaiting your announcement.

Join me, and send this letter too – Sign below:

You are joining over 20,264 supporters to make this happen! 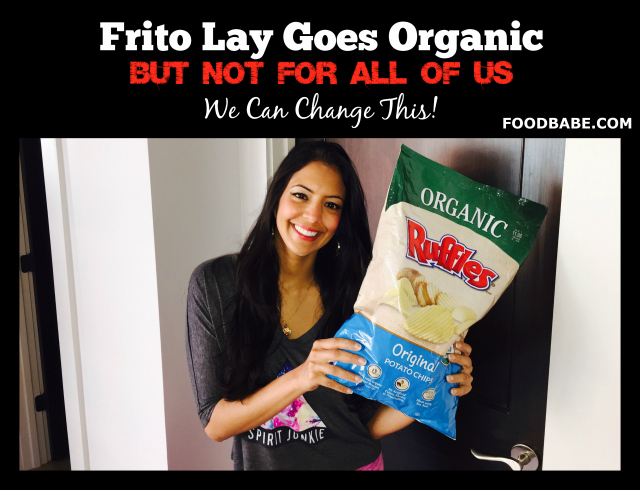 What Can You Do:

Changing one product can have a profound impact on the food system – Thank you for standing with me! 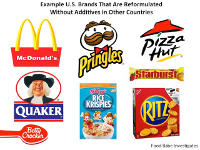 How Food Companies Exploit Americans with Ingredients Banned in Other Countries 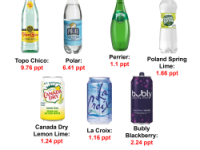 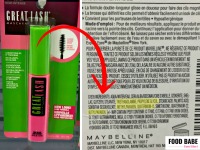 Clean Up Your Beauty Routine: How To Find Safe Makeup & Cosmetics

230 responses to “This Frito Lay Organic Product Sent Shockwaves Through Me – Help Get It Everywhere.”