I had my bags packed and ready to go to deliver over 250,000 petition signatures with several consumer advocacy groups to Subway headquarters this week but all my plans came to an abrupt halt.

Subway just announced that they have committed to eliminating the use of antibiotics in ALL of their meat in the U.S. – and they also provided a timeline. It’s never felt so good to cancel my plans! 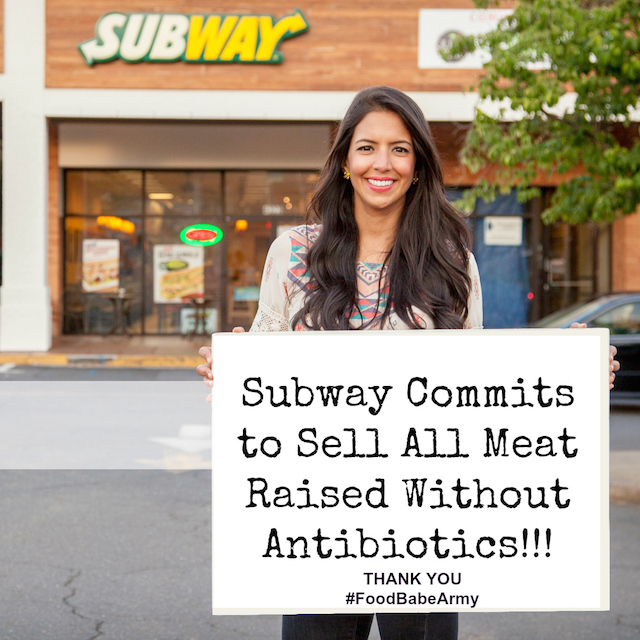 This is an enormous victory, given the sorry state of antibiotic usage on factory farms! According to reports, all of Subway’s meat will be antibiotic-free within 10 years (but most of it sooner).

Here’s what Subway’s timeline looks like, according to their press release:

Although this seems like it will take forever, this commitment is huge.

Subway’s decision is a major wake up call to other restaurant chains who are not responsibly sourcing meat and this will send shock waves through the entire meat industry. This has the power to transform how meat is raised in this country, and I can see these changes happening quicker when other companies follow suit.

Subway is the largest fast food chain in the world with about 27k restaurants in the U.S. Their suppliers will no longer be able to rely on antibiotics to produce bigger animals and to keep their animals from getting sick from the poor conditions that they are raised in.

Unlike McDonald’s who is just removing human-use antibiotics from their chicken (with no word on their pork or beef) while still allowing antibiotics to be used for disease prevention – Subway is stopping the use of all antibiotics in all of their meat. This means they will have to address the underlying factory farming conditions that keep these animals alive, albeit drugged up, in horrible conditions.

“We are excited to see the world’s largest restaurant chain take this game-changing step that will create a seismic shift in the industry. However, the devil is in the details. To do this right, Subway needs to work with its suppliers to improve management practices and change the unsanitary confinement conditions that cause animals to get sick in the first place,” said Kari Hamerschlag, senior program manager with Friends of the Earth. “Over time, we hope that Subway will shift its sourcing of meat away from confinement-based polluting factory farms toward more sustainable pasture-based livestock systems that are healthier for people, animals and the environment.” 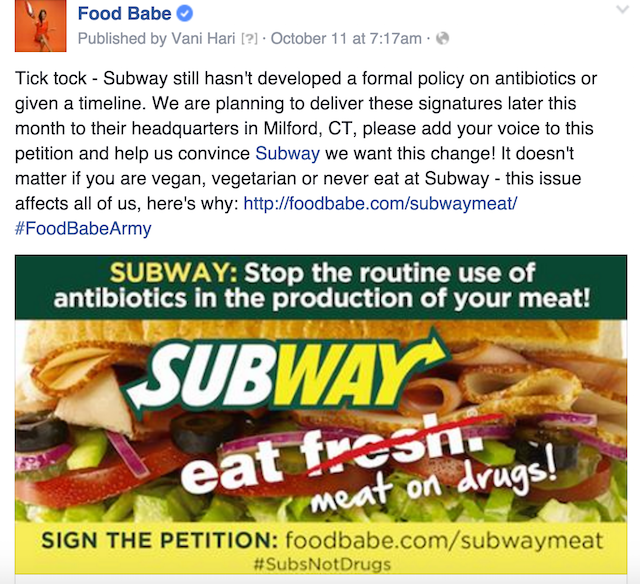 Over 36,000 of you signed and shared this petition that I started in August demanding that Subway eliminate the routine use of antibiotics from their entire supply chain. This petition was launched in conjunction with other petitions started by the consumer advocacy groups (U.S. PIRG, NRDC, Center for Food Safety, Friends of the Earth and others) that I’ve been working closely with for the last year. All of these petitions received a total of over 250,000 signatures!

When we sent letters to Subway, asking them for a clear antibiotics use policy and timeline, they bascially ignored us, refused to meet and didn’t show any signs that they were taking our requests seriously.

That’s why we made a plan to deliver all of the 250,000+ signed petitions personally to Subway Headquarters in Milford, CT this Thursday, October 22nd, 2015.

Here’s the short timeline of events that led up to this change:

June 23, 2015 – Sent another letter with over 60 groups signed, US PIRG launches petition

August 28, 2015 – Media reports that Subway “supports the elimination of sub-theraputic antibiotics” with no further details

October 8, 2015 – Sent letter to Subway to announce that we will deliver petitions to headquarters and request an in person meeting to discuss policy and timeline

October 20, 2015 – Subway makes commitment to stop selling meat that is raised with antibiotics and publishes timeline

This is more proof that signing petitions makes a difference!

It’s people like you that are willing to take the simple act of signing a petition and sharing it, that is truly changing the food landscape in this country. Just a few short months ago, Subway was silent on this issue and didn’t want to take a stand, and now everything has changed because of you making your voice heard!

This isn’t just a win for the Food Babe Army but it’s a win for ordinary citizens and activists everywhere that have been working tirelessly on this issue. No matter who you are – vegan, vegetarian, or organic foodie – you could be infected with antibiotic resistant bacteria, which kills about 23,000 Americans every year. Getting the overuse of antibiotics off of our farms is a crucial step in preventing thousands of illnesses caused by superbugs.

The power of consumer activism continues to amaze me.

I thank Subway on behalf of many for addressing this very critical public health issue. Can’t wait to see the other dominos start to fall. Who do you want to see next? Tell me in the comments!

Sending you all a virtual HIGH FIVE and lots of love!!!

Thank you for making history with me, once again! 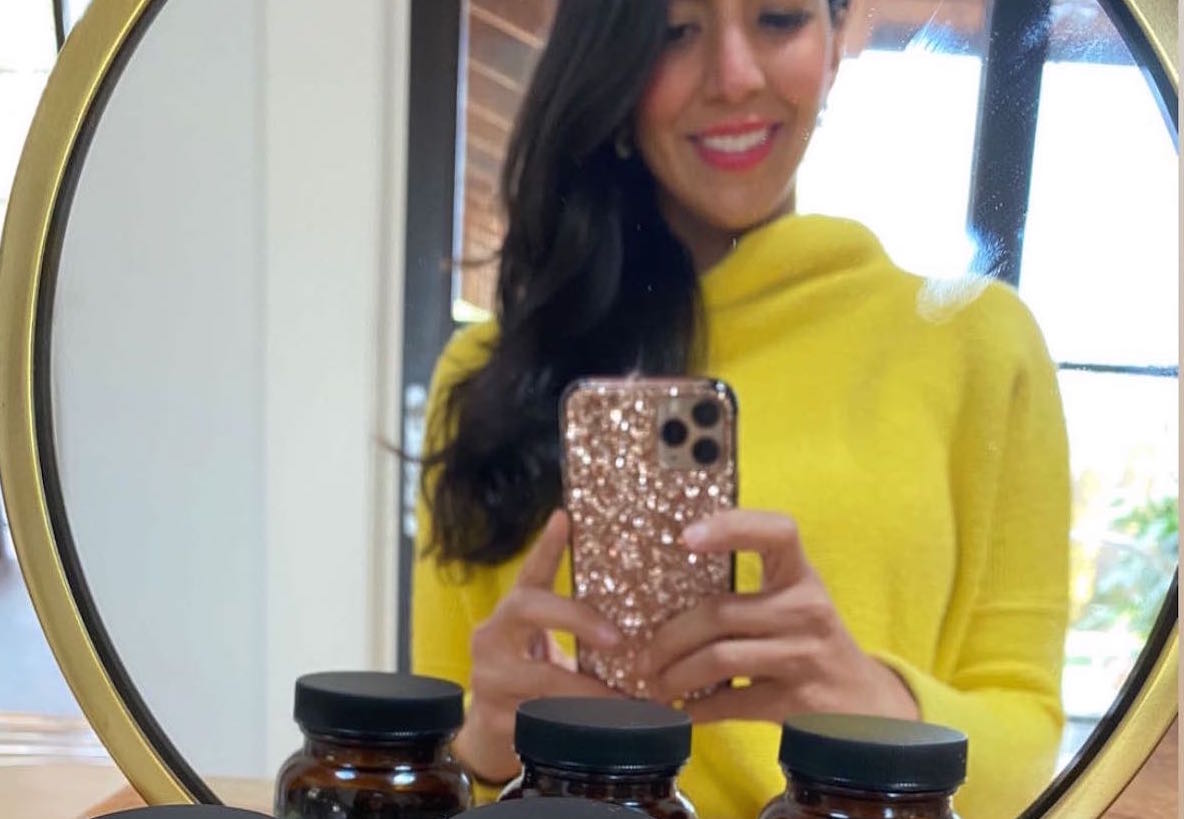 How I Am Supporting My Immune System Right Now 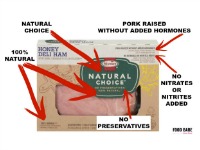 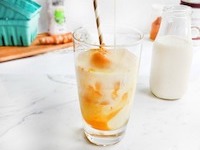 201 responses to “The Events That Led To Subway’s Breaking Antibiotics Announcement (Get all the juicy details!)”