In this post, I will walk you through exactly what to do when you are attacked online for being part of the good food revolution. There are a lot detractors who have banded together to stop the social media fire storm we activists have created to educate the public about the impact of factory farming, GMOs and chemical additives in our food supply. We are finally getting evidence of who’s behind this opposition, (and there is a lot more evidence coming). Please after you’ve read this – share this with your friends and family. We need to expose their tactics and tricks, and arm our loved ones with the truth!

In the past year, we’ve been able to influence several multi-million dollar food companies into improving their products and policies, and as a result we are front-and-center on the minds of the food industry. They are paying attention to us and the work that we are doing – actually they are watching every step we take! I’m thrilled with the impact of our activism and what it has done to rock the industry, yet when the following announcement popped in my inbox… I was floored! 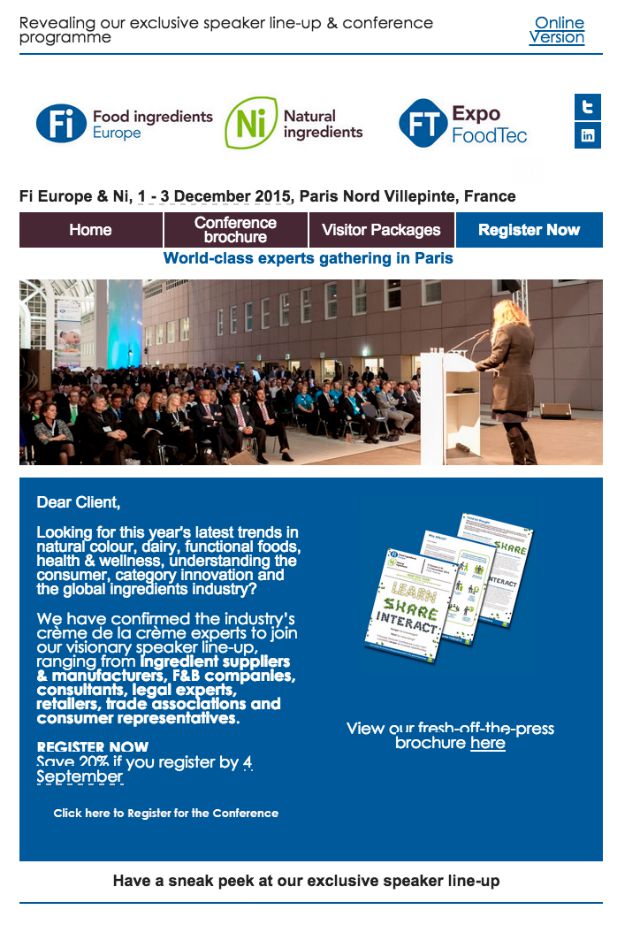 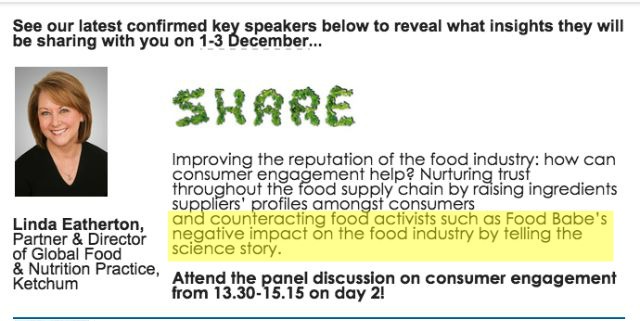 “Food Babe and her following” are being DIRECTLY TARGETED by Ketchum PR firm. Yes, us!!!

Who is Ketchum? They are the PR firm that represents The Council for Biotechnology Information (the biotech industry group openly funded by BASF, Bayer, Dow, DuPont, Monsanto, Syngenta) to run the industry website GMO Answers that promotes GMO technology.

Ketchum hosted a panel at a conference in December in Paris, which was dedicated to strategies for how to “tackle” us – the Food Babe Army – and other activists who care deeply about our food supply. They mention the need for this panel is that we have had a “negatively impact” on the food industry.

Negative impact?!?! Apparently they think doing away with synthetic chemicals, routine antibiotics, controversial food additives, and increasing transparency in the food supply is a negative impact.

The President of Monsanto Canada, Michiel De Jongh, was recently commenting on the Food Babe facebook page in an effort to defend the use of GMOs…. (they are obviously paying attention to us!)… 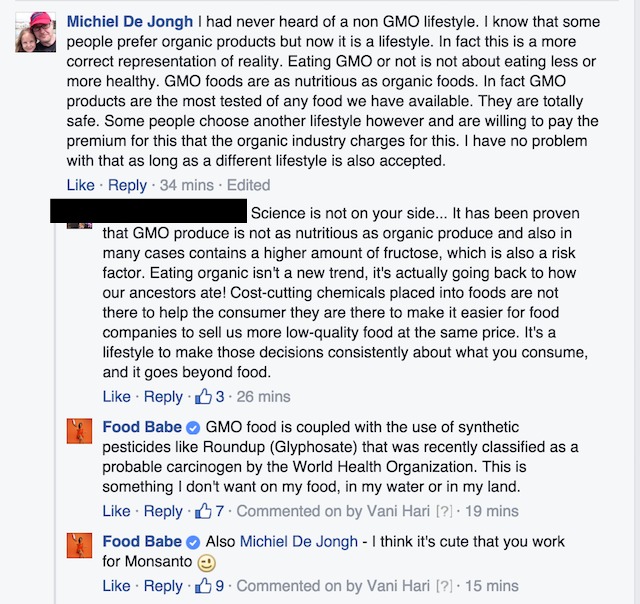 Is our work negatively impacting the public or the bottom line of the food companies? The answer is obvious.

Just in the last few weeks major food companies like Campbell’s, General Mills, Mars and Conagra all agreed to label GMOs – just like they already do in 64 other countries in the world. The work we do now will impact the lives of millions of people for years down the road. We have created a marketplace for more organic food and more people are going to be healthier as a result.

“For the large established food companies, this is having disastrous consequences. Per capita soda sales are down 25 percent since 1998, mostly replaced by water… Sales of packaged cereals…are down over 25 percent since 2000… Frozen dinner sales are down nearly 12 percent from 2007 to 2013. Sales per outlet at McDonald’s have been on a downward spiral for nearly three years, with no end in sight. To survive, the food industry will need more than its current bag of tricks.” – New York Times, 11/6/15

The food industry is not happy because this means that they won’t be able to continue profiting off of cheap additives and practices that need to change.

“The new environment is frustrating for some in the food industry after decades of technological advances to make packaged food cheaper, longer lasting and more flavorful.” – Wall Street Journal, 12/1/15

All of this is not setting well with the industry and they are hiring the big guns to spread a misinformation campaign.

Richard Berman, the director of the lobbying and PR firm Berman and Company, who stated I was a “Food Bimbo” in the Washington Times, is likely behind many of the attacks on our movement. Berman has defended the chemical industry for years through dozens of nonprofit front groups that he creates. The chief science officer of one of Berman’s front groups, Joseph Perrone, was in the news last week discussing how they are mounting a “coordinated effort” to “train the media” and combat “high profile chemical skeptics…like Jessica Alba, the “Food Babe” blogger Vani Hari, and television doctors like Mehmet Oz and Joseph Mercola”…

Who are these “credible messengers”? We now see CLEAR AS DAY that industry PR firms have a coordinated campaign to fight us, and we need to be prepared.

If you haven’t already, you will encounter misinformation about our movement online in major news articles, facebook, twitter… and it is ramping up. I’m going to show you some examples of what to expect and how the PR firms use “internet trolls” to play their game online.

Ketchum has a long and scandalous history of paying “freelance journalists” and bloggers to manufacture news articles that support their clients interests, which appeared on national and local media outlets across the country (see 1, 2, 3, 4, 5). Likewise and most recently, Ketchum is suspected to be secretly working with journalists to spew Monsanto propaganda and write disgraceful smear campaigns about activists (see 1, 2, 3, 4).

If you follow me on social media, if you’ve tweeted me and seen me on Facebook, or even read about our work in the news, you’ve probably seen campaigns trying to discredit me using articles such as this that quote professors who were paid by Monsanto underhandedly.

Ketchum once openly admitted how they use social media to combat negative press about GMOs, and then they attempted to flush this embarrassing video from the internet after their tactics were exposed by U.S. Right To Know.

“According to a Ketchum video, “positive media coverage has doubled. On Twitter, where we closely monitor the conversation, we’ve successfully balanced 80% of interactions with detractors.”…The American Farm Bureau Federation also boasts of Ketchum’s social media work in support of GMOs and the agrichemical industry. According to Andrew Walmsley of the American Farm Bureau Federation, Ketchum “seeks out negative (biotech-related) tweets on Twitter. We started that earlier this year. They’ll monitor for negative tweets and then ask (the author) to check out GMOanswers… Since we launched that there’s been about an 80 percent reduction in negative Twitter traffic as it relates to GMOs.” – Source: U.S. Right To Know

The reason that they use this technique is to create shame in sharing content (so we stop) and to create the illusion that there is negativity and ignorance around our work. They want to confuse you. So you never know who to trust and what to believe. Whereas, if you look into it, you’ll see all of the experts – scientists, non-profit groups, my advisory council – that support the removal of chemical food additives, GMOs, routine antibiotics, and the ingredients that we have campaigned about. The trolls have no basis for their negative claims about the work we do, but they keep on repeating them until someone believes it to be true.

The use of internet trolls to spread corporate and political messages on Facebook and Twitter is rampant (sources: 1, 2, 3, 4 ) and Monsanto reportedly has “an entire department dedicated to ‘debunking’ science which disagreed with theirs”. Although internet trolling has historically been effective, more people are waking up to this game and the players are getting exposed.

Some of the trolls are actual University Professors.

The Troll Game Book: How Trolls Try To Undermine Us. 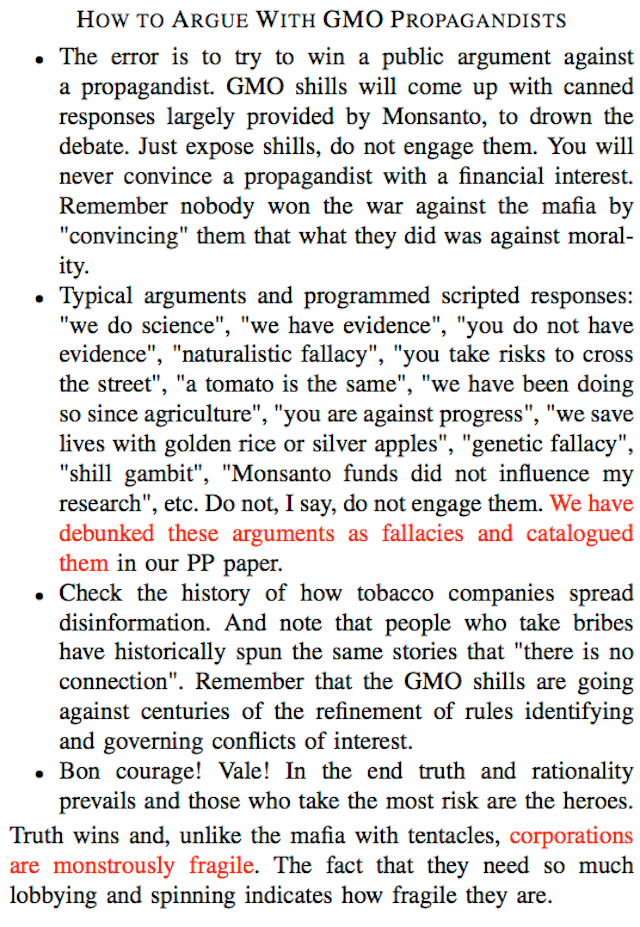 This is the basis for what is called “Astroturfing”.

Essentially, astroturfing is a term to describe fake grassroots movements generated by special interests and public-relations firms (like Ketchum).

“These campaigns are designed to make it appear that an issue has widespread public support (or public opposition) even if it doesn’t. If a campaign sows enough doubt, excitement, or skepticism about a contentious issue or individual, it can shape the opinions of real people. And that’s the primary goal.” – Source: Turf Wars

To give you an example from my own life – when I am invited to speak at events, there are groups that send in their team of internet trolls to swarm the social media profiles of the organization who invited me to speak with disparaging comments about me.

They also do this when I am featured prominently in the media or when other Facebook pages share my content. For instance, when I was featured on the cover of Experience Life magazine and when Yahoo Health featured me in some videos, the “trolls” tracked down the editors of these publications and swamped them with complaints about us.

This also happens when we launch major campaigns – hundreds of profiles are activated by a group of pages and chat rooms that help each other flood Facebook messages and Twitter with opinions in opposition of what we are asking companies to do. For example, when we asked In-N-Out burger recently to stop the routine use of antibiotics, several profiles came to In-N-Out’s Facebook Page and told them specifically not to change and not to listen to “fear mongers.”

The same thing happened after I published my investigation on Boar’s Head – astroturfers went to their Facebook page and claimed “Don’t change a thing, I love your meat” and other statements to show fake support while the post was going viral and real customers were calling and contacting Boar’s Head. They also went as far as attacking innocent advocates asking for the change.

Also when Del Monte recently announced they would be moving towards non-GMO products – the astroturfers went nuts on Twitter, claiming a fake boycott – you can see the whole thread here. 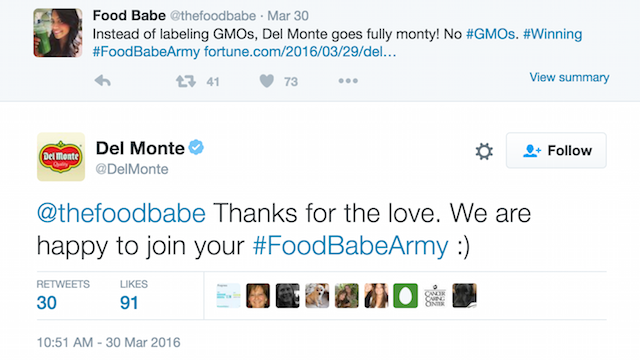 Regardless of their fake grassroots movement, it did not work – within hours of launching the campaign, In-N-Out announced they will be adopting a new antibiotics policy, and I have a feeling Boar’s Head is making some major changes as well. Del Monte stood their ground because they know their customers want non-GMO food and did not react to the onslaught of fake astroturf trolls. 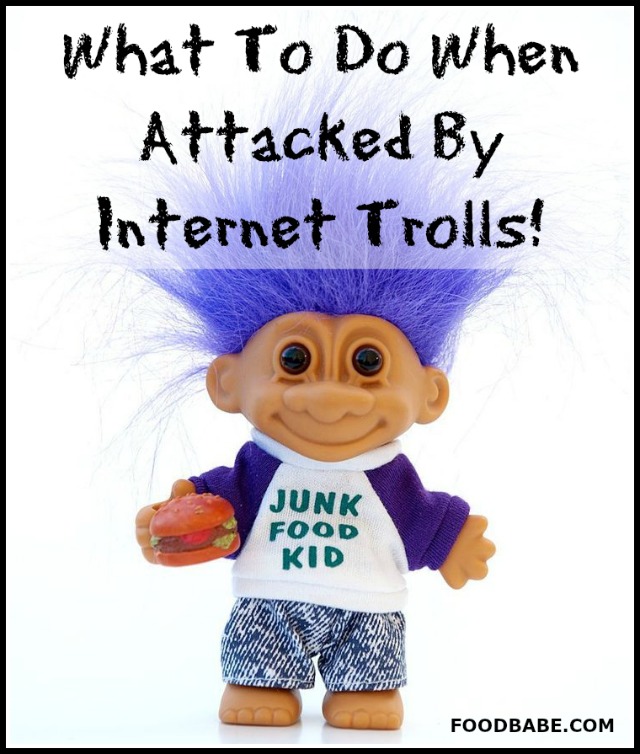 What should you do when attacked by internet trolls?

For more… Watch my recent Facebook Live broadcast on how to combat trolls in 2016!

Intellectually honest people know that we are on right side of history.

Anytime a troll tries to make you feel foolish for asking questions about food, remember that it shouldn’t be an insult to want to know exactly what’s in the food we buy. Should we just trust Ketchum, Monsanto, and paid for science campaigns? Should we trust Coca-Cola when they say yeah obesity has nothing to do with Coke, we just need to exercise more? Should we believe these people? No. We need to rise up. We need to stick together. We need to stand up for what we know is right.

Please share this post with everyone you know – exposing these tactics will continue to bring major change in the food industry and equip your loved ones with the truth!

“The truth is incontrovertible; malice may attack it, ignorance may deride it, but in the end, there it is.” – Winston Churchill

How Covert Agents Infiltrate the Internet to Manipulate, Deceive, and Destroy Reputations

How to Identify and Remove Facebook Trolls, Gang-Stalkers, and Disinfo Agents

The Gentleman’s Guide To Forum Spies

Must watch 10-minute video on Astroturfing 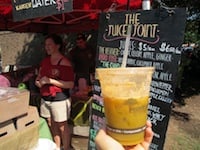 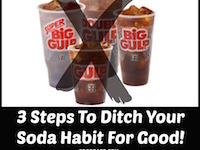